I know we have our own invasion going on, but previously I wrote often about the invasion of Europe, in fact, I wrote about it for ten years. I was reminded this evening how important it is to keep up with European news.

You should from time to time, check out Borderhawk news for all immigration news, but it is vitally important to see what is happening in Europe as the great migration destroys western civilization there first.

(You may have noticed that Borderhawk is available at a link on RRW’s sidebar.)

Here is a screenshot of the European stories featured at Borderhawk right now.  Go to Borderhawk for the live links. 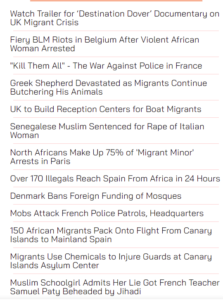 While you are having a look at news aggregation sites, see The Religion of Peace as well. 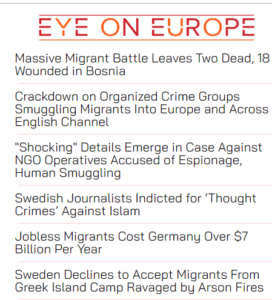 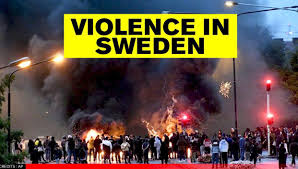 Just in case you don’t also read my other blog, this is a crosspost from Frauds and Crooks this morning!

I’m sure you are all familiar with Drudge and the many similar sites that provide timely headlines in areas of the media that appeal to you.

This one appeals to me!  Border Hawk! where you can see the latest news on a wide variety of subjects under the overall umbrella of immigration topics. It will surely save you lots of time every day if you are desperate to find more news on illegal immigration/refugees/border issues and more.

Exciting too is the Eye on Europe section.

Here is a screenshot of today’s front page: