Pamela Geller is not pulling punches (does she ever?) in her post about the Obama Administration giving some of your hard earned dollars to a charity linked to the Muslim Brotherhood and Hamas.
Here is Geller:

Despicable and depraved. Our money, yours and mine, financing our executioners.

The Obama administration has awarded $270,000 to an Islamic charity that has been outlawed by some governments for its support of the terror group Hamas and other jihadist organizations, according to grant documents.

The Department of Health and Human Services has provided a $270,000 grant to Islamic Relief Worldwide, a charity that has repeatedly been linked to terrorism financing and support for Hamas and the Muslim Brotherhood, according to recent grant information.

The American branch of this same charity is helping to settle refugees in some US towns and cities.

I’m posting this to remind long time readers and to inform new readers that Islamic Relief USA is helping Muslim refugees resettle in both Kentucky and Maryland (that we know of so far), but not (yet!) as resettlement contractors. It is all about the Hijra.

Or, at least in a country that follows shariah law!
That is the gist of the comments a film maker received from several young Somali men and women interviewed on the streets of “Little Mogadishu” (aka Minneapolis) recently.
Here is World Net Daily late yesterday:

On Friday a camera crew with the David Horowitz Freedom Center released a video posted to Robert Spencer’s blog, Jihad Watch, in which documentary filmmaker Ami Horowitz interviews Somali men and women on the streets of Cedar Riverside.

Their answers to questions about Islamic law, American law and issues of peace and freedom were revealing.

Continue reading here. They discuss their hatred for Pamela Geller in addition to extolling the virtues of following Islamic law—shariah—which of course would permit them to kill her.   Then this near the end:

The interviewer asked one final question: If they had a choice, would the Somalis rather live in America or back in Somalia?

“I’d rather to live a Muslim country with my people,” the young man with the Brooklyn Nets cap said without hesitation. “I’m not Americanized. I just speak fluent (English) and I’m articulate, and I can articulate what I’m trying to say. That’s about it. But as far as that my culture and my preferences and everything, it’s still Somali, you know what I mean?”

“I would rather live in Somalia,” said the man in the sunglasses.

“For me, I think Somalia,” said the woman in the pink hijab.

Check out some of our earlier posts.  See this one from 2011‘Why so many Somalis in Minneapolis’ which describes the decades’ old ‘work’ of federal refugee resettlement contractors:  Lutheran Social Service of MN, Catholic Charities and World Relief (now called ‘Arrive Ministries’) that continue to resettle Somalis in Minnesota (over 10,000 in the last ten years alone).
And, don’t miss Lutheran Social Service of MN—-doing well by doing good! (here and here). 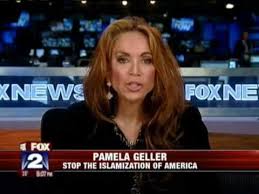 ….and really pulls a lot of threads together for a larger audience than we have!

This is what Geller says at Atlas Shrugs about our post that was being so widely read over the last couple of weeks (hat tip:  Richard at Blue Ridge Forum).

Let’s hope the story makes it to Fox News!

Reportedly Carlson asked on Fox just this morning—why are we bringing refugees from countries that hate us?  If you see that clip, send it our way!

For new readers, Wyoming is the last state in the nation to have a refugee resettlement office and last year the Republican governor Matt Mead invited the feds and a Lutheran contractor in to set up shop.  The citizens of Wyoming rose up and so far newly re-elected Mead has not moved forward with the plan (unless of course it is being done in secret).  See our lengthy archive on refugees and Mead by clicking here.

This is long, but a must-read.  World Net Daily writer Leo Hohmann dug out more news (beyond what we have published) on the pending resettlement to America of thousands of Syrian Muslims.

Displaced Syrians will likely make up the next big wave of Muslim refugees coming to America.

Since the early 1990s, the United Nations high commissioner for refugees has selected more than 200,000 refugees from Islamic countries to be resettled in the United States. Most of them have come from Somalia and Iraq.

Syria could soon be added to the mix in the midst of that country’s brutal civil war. The Obama administration has been greasing the skids for the Syrian refugees for months, WND has learned, and the refugees will soon be dumped on American cities throughout the U.S.

In February, the State Department moved to ease the rules that protect the U.S. from accepting refugees with potential ties to terrorist organizations. The rules were seen as “too strict” by the refugee-resettlement groups that lobby Congress and the administration to continuously let in more Muslims from the war-torn Middle East.

Then on Sept. 4, a U.S. State Department spokeswoman hinted at her daily press briefing that a new wave of refugees will soon be coming from another predominantly Muslim nation – Syria.

“The United Nations high commissioner for refugees just this year started referring Syrian refugees to the United States for processing,” said Marie Harf. “Obviously, we have several thousand in the pipeline, and that number will continue to go up.”

Obama’s State Department is expected to present Congress with a list within the next two weeks that shows the total number of foreign refugees it wants to accept into the country over the next year and the countries from which they will come. The new fiscal year begins Oct. 1.

Be sure to see WND reporter Hohmann’s article from July in which he reveals the fact that ‘religious charities’ are federal refugee resettlement contractors operating almost exclusively on your tax dollars.  Those Christian and Jewish quasi-government agencies will be responsible for bringing the Syrian refugees to your cities.

Our entire Syrian refugee archive is here.  See especially the announcement made about Turkey, here.

An afterthought:  If anyone in the refugee industry (the UN, the State Dept., ORR, or resettlement contractors) challenges assertions about the numbers of Muslim refugees vs. other refugees (of all other religions) we are bringing in, then tell them that the US State Department should be releasing to the public all of those statistics (which they keep closely held).

The Financial Times had the story on Sunday, but since you need to subscribe just visit Pamela Geller at Atlas Shrugs for a more colorful telling.

David Miliband, the former foreign secretary, has broken ranks with world leaders by describing the military intervention in Egypt as a “coup” and urging all sides to embrace “political Islamism” for the sake of democracy.

This is horrifying but revealing. So now we know what the left’s true agenda really is.

“Embracing political Islamism” is a fancy way of saying everyone must convert to Islam or accept the status of the dhimma under Islamic law.

The urbane savage Miliband explains that bringing “political Islam’ – into the democratic process is a good thing not a bad thing.” Tell that to the Christians and other religious minorities persecuted, subjugated and slaughtered under poltiical islam. Tell that to the women forced into marriage, honor killed, burka-clad. This submission to Islamic supremacism from a former foreign secretary is monstrous. And yet the enemedia reports it like it is a reasonable position. It’s akin to supporting Nazism under Hitler.

Miliband to the International Rescue Committee:

Miliband will soon be taking the reins of the second largest of the US State Department’s Refugee Resettlement contractors (the US Bishops are numero uno)—-the International Rescue Committee.   Statements like this blather on political Islam would indicate he has no interest in quietly shepherding the downtrodden, but will use the IRC as a bully pulpit.   It is a large organization scattered around the world as we have told readers here on many occasions.

The International Rescue Committee is a $431 million a year operation with more than half of its funding comes from the US taxpayer.  (Miliband will receive a salary of around $450,000 a year, doing well by doing good?).

Many have questioned exactly what the IRC is doing mucking around in other country’s affairs. Here , we reported on leadership awards given by the IRC in the past to John McCain, George Soros and Hamid Karzai, which tells us a lot about their mission.

Oh, and lest I forget, they are lobbying in support of the Gang of Eight amnesty bill too, here.

For our complete archive on Miliband and his new job, go here.