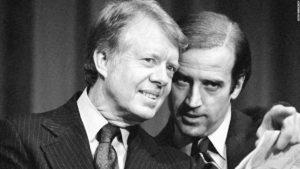 Why any self-respecting Republican thinks this program has benefited America and should continue unchanged is beyond me!

No wonder people can’t trust the big print media anymore.
Don’t mainstream media outlets have some responsibility to fact check letters to the editor or can anyone just make up ‘facts’ from history, that are very easy to check, and just throw them out there for the gullible public?


Before I get to the letter from someone named Eric Goldman, let me say that there was a time that I wrote in glowing terms about the reporting from The Salt Lake Tribune and that was when they did super reporting on the horrific rape and murder of Hser Ner Moo, a little Christian Burmese refugee, by a fellow refugee from Burma (a likely Rohingya) named Esar Met.
The Salt Lake Tribune actually sent a reporter to the camps in Thailand to get the full story.  But, that was before the Mormon church had drunk the koolaide on the UN/US Refugee Admissions Program and began enthusiastically welcoming refugees of all stripes to Utah.
Click here for all of my posts on this Utah murder case that was never thoroughly reported on a national level, but see what a good job the Trib did in its coverage.
(I think it was never widely reported because Esar Met didn’t fit the media image of a refugee—lovable, grateful and hardworking.)
Now back to my beef today with The Salt Lake Tribune…..
END_OF_DOCUMENT_TOKEN_TO_BE_REPLACED
04/04/2018 ~ Ann Corcoran ~ Leave a comment

The movie ‘Chappaquiddick’ opens in theaters this week and it got me thinking, what if…

What if justice had been served and Kennedy was not in the Senate to spearhead the bill that would become the Refugee Act of 1980.
Senator Ted Kennedy is responsible for most of the problems we have today with immigration, by 1969 he had already done some very real damage to this country.  But he didn’t drive through the bill that became the Refugee Act of 1980 until ten years later, in 1979.
That bill was signed in to law in March 1980 (the 17th, St. Patrick’s Day, exactly) in Jimmy Carter’s final year.  (I don’t recall if by March ol’ Carter knew, or suspected, he was a one-termer or not.)
The Refugee Act of 1980, which only a few weeks ago passed its 38th anniversary, had set up the flawed system we see today where nine major contractors (using taxpayer dollars) monopolize the program, and, up until President Trump came along, pretty much called the shots on how the USRAP was managed.
I attended the 30th anniversary shindig of the signing of the Act at Georgetown Univ. and wrote about it here a few years ago.  I asked this in 2011 after listening to speakers at the Georgetown celebration:

Is there a conspiracy by NGO’s to bring asylum seekers to US borders?

The major take-away of the day for me was the obvious push toward greater use of the asylum portion of the law.
The Open Borders crew knew then that there were limits to how many refugees they could get in through the normal process and were beginning to hang their hats on migrants coming to the border (where an immigration lawyer awaits them) and asking for asylum.
So that “Caravan,” on its way to our southern border at this very moment, is a direct legacy of Ted Kennedy who should have been driven out of the Senate in that fateful year—1969—and sent to prison!
Would there eventually have been a Refugee Act, maybe, but then again maybe not!
05/12/2017 ~ Ann Corcoran ~ Leave a comment

There is a short news item at Delaware Public Media about how a Jewish refugee agency in Delaware is waiting for seven families (likely Muslim families based on their country of origin) they hope they will soon be settling in Delaware—the First State.  So I thought I might revisit a topic I haven’t discussed for a long time and that is the origin of the Refugee Act of 1980.


But, first here is a portion of the short piece at Delaware Public Media:

The state of Hawaii’s stay on Trump’s second travel ban suspends the FY17 cap for refugees – currently set at 50,000.

That opens the door for refugee families from Syria, Afghanistan, Iraq and the Eastern African country of Eritrea in line to come to the First State, but none of them have travel plans in place yet.

She says her agency is taking the approach that these families could arrive any day – and working to ensure they’ll be comfortable when they reach Delaware.

There’s reason to expect they could arrive soon. According to the U.S. State Department, 900 flights for refugees to the U.S. are being scheduled every week.

At this rate the Trump Administration will hit 50,000 in about 7-8 weeks.  Will they stop at 50,000 which should happen around the first week of July? That is the question!

Delaware, in some ways, is more interesting to me than some of the other very low refugee admission states (LOL! including Hawaii).  See chart below.
And that is because then Senator Joe Biden was one of the chief sponsors of the Senate-generated Refugee Act of 1979 (S.643) which became the Refugee Act of 1980 when Jimmy Carter signed it in to law the following year.  You can learn more about it here.  Pay special attention to the part about how states were NOT to be burdened with welfare costs of refugees.
Here are the co-sponsors of S.643 another of Senator Ted Kennedy’s swamp-America-with-immigrants bills:

So how is it that Delaware is in the bottom ten locations for refugee seeding when then Senator and now former Vice President Joe Biden is that state’s most prominent political figure?  Did he welcome refugees to America in 1979, but keep them from swamping Delaware with diversity for decades?

Wrapsnet data only goes back to FY2003, but that gives us enough years to see a pattern. (For researchers more diligent than I am, you can go back through all the previous annual reports and put the data together from the very beginning, but I expect the pattern is similar in the early years.)
So from FY03 through today (in FY17) we admitted 886,324 refugees to America (not including asylum seekers) and Delaware got a whopping 139 of them!

In the years Joe Biden was Vice President, Delaware got only 50 refugees.

Here are the last ten locations for refugee placement from FY03 to the present. What the heck is “Unknown State?” Does that mean 68 refugees were placed secretly somewhere? Yikes!

If Delaware Public Media really wanted to do some important work, reporters there should try to find out exactly why and how Delaware dodged a bullet for so many years when their claim to fame, Veep Joe Biden, sponsored the original law and then apparently kept diversity-seeding from the state! (It is not because of the state’s small size since Rhode Island got thousands more than Delaware).
For new readers, this post is filed in my ‘where to find information’ category and in ‘Refugee statistics.’

My first thought when I saw this was, do they actually have cheap subsidized housing there, or are the well-off going to take them home with them?
I’m posting this although I doubt very much that Syrian Muslim refugees are going to be seeded into this expensive realestate in Massachusetts anytime soon.  But, for others of you, this is how it begins—‘church’ groups, whose ‘leaders’ have no clue how the resettlement program works invite in a resettlement contractor.


By the way Senator Ted Kennedy created the refugee program in 1979 (Carter signed it into law in 1980).  I previously joked and referred to Kennedy as ‘don’t bring them to Hyannis’ Kennedy.  I guess he isn’t around to save his neighborhood.
From Cape Cod Times (Answered prayers):

In Vermont, the mayor of Rutland unveiled a plan last month to resettle 100 Syrian refugees who fled the onslaught of the Islamic State and are exiled in refugee camps in Jordan. If approved by the State Department and others, the resettlement would begin in October and gradually send Rutland more Syrian refugees than are currently living anywhere else in New England. [Yikes! Did you folks in Rutland know you would be the Syrian capital of New England joining Lewiston, Maine as the Somali capital!—ed]

Closer to home, Worcester is in the midst of an initiative that may prove to be a model for refugee resettlement. A coalition of agencies and organizations spearheaded by Ascentria Care Alliance, under a $457,000 grant from the Health Foundation of Central Massachusetts, has undertaken a pilot program — Partnership for Refugee Wellness — to coordinate support among participating organizations that include health care, job training, education, and legal assistance. Ascentria is the former Lutheran Social Services of New England.  [If you live in the Worcester area, you need to follow what Ascentria is doing, we haven’t had time to write about it, but there is much in the news—ed]

Traditional resettlement practices and policies established in 1980 to serve refugees primarily from Southeast Asia and the former Soviet Union are outdated and fall short in serving more diverse needs of recent refugees from the Mideast, South Asia and Africa. A number of refugees struggle once here under the federal program’s funding that allows for an eight-month resettlement period, and focuses on employment and economic stability.

Perhaps it’s time for the Cape Cod Council of Churches and the Barnstable Interfaith Coalition to develop a similar partnership with Ascentria or the State Department.

Tom Ryan, a board member of the Council, said he has heard from some church leaders on the Cape and Nantucket about their hopes as congregations or as a network of congregations to receive refugees.

By the way, are there mosques on the Cape?  Does anyone know?
An afterthought:  Have they heard about the Tuberculosis in the refugee flow to America?