I’ve been reporting on and off for months about the dire warnings emanating from the international ‘humanitarian’ community and its media lackeys about how the Chinese virus would spread like “wildfire” through huge camps in Bangladesh housing Rohingya Muslims.

A million “vulnerable” people living virtually on top of each other in huts with limited sanitation/few masks, would be devastated we were told!

Seven deaths among 1 MILLION inhabitants from COVID-19 in the last six months. 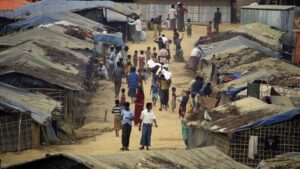 From the most recent information I could find (September 7th story):

And, now see a more recent story from Johns Hopkins University.  Golly gee they have questions about how their models were so wrong.

As a result of their early models the international media was going nuts sending out news about the pending doomsday for Rohingya Muslims as I told you in a series of posts, the most recent one is here.

LOL! Let’s see if the mainstream media reports on that news from the University—the news that models were wrong.

Instead of putting so much into creating wrong models for refugees half a world away, maybe they should have focused on models for nursing homes in America!

Johns Hopkins scientists mobilized early during the pandemic to understand the threat COVID-19 posed to Rohingya refugees and help inform Bangladesh’s response. Their models have led to more questions than answers.

Yeh! We have questions too!

Here is a bit of the longish story in which the word WRONG does not appear.

Almost as soon as reports began circulating earlier this year that a new coronavirus-linked respiratory illness was spreading from China, researchers at the Johns Hopkins Center for Humanitarian Health thought of the refugees living in Bangladesh. In the district of Cox’s Bazar, nearly 1 million religious and ethnic minorities from Myanmar called the Rohingya live in refugee camps, with the majority—roughly 600,000—residing in the Kutupalong-Balukhali Expansion Site. At about 5 square miles, it is the world’s largest refugee camp and one of the most densely populated places on the planet.

“A pandemic is particularly worrying, but really any type of disease transmission is concerning when it comes to refugees living in camps because they are often living in high density and with poor water and sanitation,” says Paul Spiegel, director of the center and a professor of the practice in the Department of International Health in the Bloomberg School of Public Health. “We know from past experience that it’s very common for epidemics to transmit easily in these settings.”

Shaun Truelove, an assistant scientist in the departments of International Health and Epidemiology, had conducted previous research on diphtheria and found that the transmission of the bacterial infection was about 60% higher among the Rohingya than in other populations.

He knew the introduction of a highly infectious virus to the region could be devastating.

“Knowing how this population has fared and been treated in the past, we were quite concerned that without prompt action by the international community, the pandemic could be a real disaster,”Truelove says.

To gain a better understanding of the scope of the threat, Truelove and the Infectious Disease Dynamics group led the development of a coronavirus transmission model based on the demographics of the expansion site, assumptions about the health care capacity in Cox’s Bazar, and early data about the transmission potential of the virus, among other variables.

“Among a population of nearly a million people, the number of total coronavirus cases reported is around 145,” Truelove says. “These are tiny, tiny numbers.”

More here. Seems the story is choke full of lengthy explanations dancing around having to come right out and say they were wrong.

So much for science!

See my Rohingya Reports category for nearly 12 years of news (242 previous posts) on Rohingya Muslims and all of my posts on how the COVID monster was coming to get them.