First up this week to lure you in (before I get to some more important, but less titillating news) is today’s post at ‘Frauds and Crooks’ which could just as easily have been posted here first.

Know that almost all Somalis in America arrived in the US as refugees (you paid for them to come with your tax dollars) or are the children of refugees. 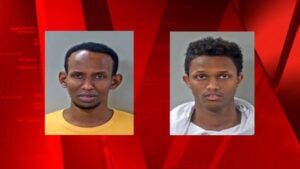 The resettlement contractors*** and the US State Department salted them throughout the country including in Tennessee.

Busted in Tennessee: Somali Students Ripped-Off College to the Tune of $114,000

And, since we are on the subject of colleges….

A new campaign by the refugee industry is calling on Chairman Joe to get behind the idea of allowing colleges to sponsor refugee families!

This is one more ploy to find more places to ‘welcome’ refugees and it’s a twofer as far as they are concerned—it will help indoctrinate your college students to the supposed joys of diversity as the push is on for so-called ‘action civics’ as I mentioned at ‘Frauds and Crooks’ on Tuesday.

From the Niskanen Center:

At first when I saw this news, I assumed that 50 colleges were begging for refugees, but check out the letter, here, and see that the signatures are the usual refugee industry activist groups (including Americans for Prosperity/Koch Brothers, and a few of the resettlement contractors) and only a smattering of colleges are backing the idea.

For my Minnesota friends, St. Cloud State signed the letter.

Another bit of news this week that you need to keep an eye on going forward is this.

The refugee industry wants to make sure that a President could never again lower the ceiling on refugee admissions as Trump did.

Pay attention to this news too!  In 2014, Obama began a likely illegal program involving Central American children who could be processed into the US as refugees from their own countries. Trump abolished the program, but now Biden has reinstated it.

They think that if they can process ‘kids’ (mostly teens) into the US from their own countries it will slow the rush on the border.  It won’t.

And, by the way, remember that fleeing violence is not a criteria for a legitimate determination as a refugee.  Over the years the open borders Lefties have expanded the definition and just assume they will get away with it because they are rarely challenged in court.

Here is news from a few states. I think the refugee industry lobbyists have sent out marching orders to their “affiliates” and asked them to gin-up warm and fuzzy stories on refugees for local media consumption.

One day this past week I was reading information on refugee medical assistance and was reminded about your state refugee coordinators.

Refugee coordinators are in the process (right now!) of figuring out (along with the contractors) how many refugees can be accommodated in certain towns and cities in your state.

Get in touch with them and get as much information as you can about plans for your state by being friendly and courteous.  Your goal is to get information first, so it is also best to not be a know-it-all.   You won’t learn a thing if you start by antagonizing them.

***For New Readers these are the nine federal refugee contractors who worked to put Biden and Harris in the White House, are lobbying for millions of illegal aliens to be transformed into legal voting citizens, and they have succeeded in getting the new administration to promise to raise the ceiling for refugee admissions to 125,000 for next year FY2022—that is the highest it has been in 29 years.

They are largely paid by you, the taxpayer, for their work of changing America by changing the people, and in so doing, are putting struggling Americans last!