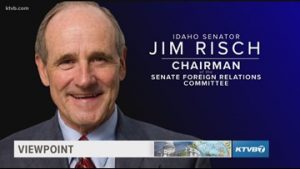 Readers here at RRW will remember that Prime Minister Justin Trudeau, who is fighting for his political life at the moment, invited tens of thousands of Syrians to Canada beginning in late 2015—many came in airlifts with little screening and with no real plan by the Trudeau government for how they would be housed and helped in Canada. See my Trudeau/Syrian archive by clicking here.

One of the masked Antifa radicals who harassed an elderly lady with a rolling walker during a protest in Hamilton, Ontario is Syrian migrant Alaa Soufi DaLua.

As we previously highlighted, the old woman was confronted as she tried to cross the road by a group of Antifa members who proceeded to yell “Nazi scum!” in her face.

The incident occurred during a demonstration outside Mohawk College against right-wing politician Maxime Bernier. [See one of many articles attacking Bernier here.—-ed]

One of the culprits has now been identified.

“Intelligence group @EXEINTEL reports that one of the masked antifa militants who harassed the elderly woman with the walker is Alaa Soufi DaLua. I can confirm that I independently verified this as well. DeLua is a Syrian man who settled in Canada,” tweeted journalist Andy Ngo.

Meanwhile, the elderly lady he harassed has appeared in a video in which she asserts, “free speech is the cornerstone of our democracy and it can never and will never be denied.”

There is much more, see the video of the thugs blocking her movement and shouting in her face!

Surely you know all about Democrat Mayor Bill Peduto shunning the President and his family when they went to Pittsburgh yesterday to pay their respects to those murdered in the synagogue attack last Saturday.  Here is one of many stories about the Mayor’s snub.

And, here is Peduto with Chris Matthews:

By the way, the Rabbi, who was leading services on Saturday when the attack happened, welcomed the President saying “he is my President.”

So, what does this have to do with RRW?

Mayor Bill Peduto was one of 18 mayors who signed a 2015 letter to then President Obama telling the President that 10,000 Syrian refugees for America in the upcoming fiscal year was too few and they wanted Obama to ultimately admit 100,000.

The letter was organized by Cities for Action which says it is: “A coalition of city governments who stand in support of stronger cities through immigration action.”

As you know, President Trump is permitting very few Syrians to enter the US at the present time.

If you missed it in 2015, here are the 18 mayors pressing Obama for more Syrian refugees for their cities:

Some posts on that campaign by the leftwing open-borders mayors, especially Pittsburgh’s Mayor Peduto, worth revisiting:

And, a few additional posts on Pittsburgh:

Pittsburgh: Jewish agency and Islamic Center working together to bring more Syrians to the city

Pittsburgh Post-Gazette editorial: Are there holes in US refugee vetting process?

And, there are more, but you get the idea!

If you are new to RRW, check out my Canada category by clicking here to catch up on what Open Borders Justin has been doing to the country since he took office a few years ago.

One of his first actions was to ‘virtue signal’ by welcoming thousands of Syrian refugees, but not apparently those in the most need of protection.

I have to say this goes on all the time!

The US does it too!

Don’t get me started on our potentially fraud-ridden arrangement with Malta where beginning in the Bush Administration we were scooping up illegal aliens who reached the island nation and transforming them in to refugees for your communities.

It is a long-held understanding between nations that….

….legitimate refugees must ask for asylum in the first safe country they enter—Malta or any other EU country is safe!

END_OF_DOCUMENT_TOKEN_TO_BE_REPLACED

Shortly after President Trump announced his travel ban, you will remember that Canadian Prime Minister Justin Trudeau told the world in a tweet that they would be welcome in Canada.

Well, Canada’s welcome is wearing thin and here is one more story, this time in the Wall Street Journal telling us that the public opinion tide has turned on Trudeau.

Although the article (hat tip: Cathy) is focused on the asylum seekers coming across their border with the US, I am sure that the 52,000+ Syrian refugees they admitted in less than three years had already strained Canada’s ability to provide shelter and welfare for that many needy people.