Here is Yahoo News filling us in on one of the latest projects of the Open Borders movement—getting Russian gays accepted in the US as refugees.

We have written about this ‘project’ previously here and here.

There are no firm statistics on the number of gay Russian asylum seekers; U.S. government agencies that handle applications do not report such details. However, the Department of Homeland Security’s latest figures show that overall applications for asylum by Russians totaled 969 in the 2014 fiscal year, up 34 percent from 2012.

To get an application approved, an asylum seeker must present a convincing case that he or she has a “well-founded fear of persecution” in their home country. Russia’s anti-gay policies and its record of anti-gay violence are factors that could strengthen an individual’s case.

Aaron Morris, Immigration Equality’s legal director, said most of the recent asylum inquiries came from gay men in their 20s and 30s who had been targeted by anti-gay attacks, while only a handful have come from gays or lesbians raising children.

We learn that in a small number of cities there are programs in place to help the Russian LGBT visa-holders submit their claims for asylum with lots of lawyers ready to help.  However, since the asylum seekers can’t legally work, obtaining housing and other living expenses is a problem.

The article does mention that lobbying efforts are underway at the US State Department to get Russian gays and lesbians designated as a refugee class which would mean we would go fetch them and bring them to the US rather than the present situation where they must get themselves here and apply for asylum.  If they were refugees chosen abroad, they would get all sorts of social services right off the bat.

The Invasion of Europe continues…. 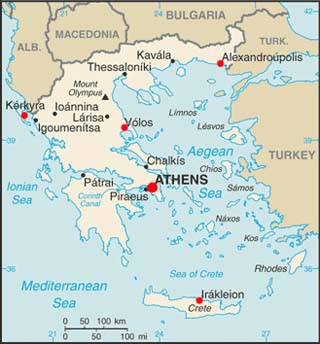 Remember earlier in the week we reported that Syrians in Athens were hunger-striking for the “right” to move on to a wealthier, more generous European country, now Greece has hundreds more Syrians to deal with.

But, the story isn’t half as interesting as the comments which  are dominated by people really really angry at Muslim “refugees.”

IERAPETRA, Greece (AP) — Nearly 600 migrants, mostly refugees from Syria, have been temporarily put up in a basketball arena in the southern Cretan town of Ierapetra, where they arrived in a crippled smuggling ship after more than a week at sea.

Red Cross volunteers on Friday issued warm meals and clothing to the 80 children, 150 women and 361 men who were on the 77-meter (250-foot) Baris freighter, which was towed to Ierapetra Thursday, two days after losing engine power off Crete.

About two-thirds of the migrants are Syrians, who qualify for refugee status, while the others include Kurds, Afghans and Palestinians, officials said.

“These are lower to middle class people who were seeking a better life, due to the war in their country,” said Argyris Pantazis, Ierapetra’s deputy mayor for civil protection.

He said the Syrian refugees will probably leave the arena within the next two days. The other migrants, who do not immediately qualify for refugee status, will be given the option to return to their country voluntarily or be interned in camps pending deportation.

If they are so poor, where are they getting this kind of money?  Someone, or some entity is paying for this!  Saudi Arabia? Turkey? George Soros, or someone of his ilk?  International Communists? Organization of Islamic Cooperation? Why does no reporter ever find out where is the money coming from?

Here are some of the most recent angry comments:

MEObserve 13 minutes ago:
These are not refugees. They are muslim colonizers who are leaving the hell holes they created to re-create them in the West. Ask any of them what they feel about Christians, Jews, free speech, whether or not one can criticize the so called “prophet” Muhammad, and you will be horrified. They do not deserve a place in the West. This is the story of every “refugee” settlement in the West from the Muslim world – no matter the US, Europe or Australia. They come with their hatreds, their dark impulses. their demand to dominate and their propensity for violence . Let them go to Muslim countries, people say. They do not want Muslim countries. They want to come to your country for the welfare, for the tax fraud, for every other kind of horrible pathology. This is reality. Look at how they earlier waves have settled and think.

Cochise 16 hours ago:
“He said the Syrian refugees will probably leave the arena within the next two days. The other migrants, who do not immediately qualify for refugee status, will be given the option to return to their country voluntarily or be interned in camps pending deportation”

I cant stress how much I have grown to hate the backstabbing American liberals.

Dani 18 hours ago:
I don’t understand why these people never try to immigrate to Saudi Arabia, Qatar or any other gulf countries?

bobbi 1 day ago:
Saudi Arabia deported over 300,000 this year alone. And no one is condemning their country for not helping their Muslim brothers. The “refugees” are looking for those sappy, liberal do-good predominately white countries that are too dumb to realize the refugees are coming just for the government assistance.

It goes on and on like this.  Have a look!  Is a tipping point coming soon?  I’ve been reading comments for years, but the number and the level of anger is definitely on the rise.

See our entire ‘Invasion of Europe’ archive by clicking here.    Don’t you think it is interesting that none of this is being reported in the American mainstream media. To be sure there are sob-stories when an illegal alien boat capsizes, but, this is one of the few places on the internet where an effort is being made to give readers a broad (country by country) view of the invasion.