They have been trying for years to open Wyoming’s borders to the world, but the state has resisted for forty years as the only state in the nation that never set up a refugee program and never invited a refugee contractor*** in to do their dirty work.

The most recent effort to shove diversity down the throats of Wyoming’s mostly rural population came in 2014—an effort that was thwarted by vocal hardworking citizen activists. (I met some of those citizens on my 2016 road trip through the West and Midwest.)

I wrote extensively about efforts to bring a refugee office to the state in a series of posts.  The topic of refugee resettlement became a major issue in a gubernatorial race on-going at that time.

Serious students of the refugee program should have a look at my Wyoming archive by clicking here.

By the way, they did break Montana a few years ago and Idaho is being radically changed through refugee resettlement.

Thanks to reader Edward for sending a link and tipping me off  to John Binder’s report on the latest push.

The Washington Post is promoting a proposal to diversify the “overwhelmingly white and Christian” state of Wyoming by resettling Afghans in the region.

As part of President Joe Biden’s massive resettlement operation out of Afghanistan, his administration plans to resettle at least 95,000 Afghans across 46 states. The only states or territories not taking Afghans are Hawaii, South Dakota, West Virginia, Wyoming, and Washington, DC.

Wyoming is the only state in the nation where the federal government does not annually resettle refugees. That is mostly because none of the nine taxpayer-funded refugee contractors have offices in the state. 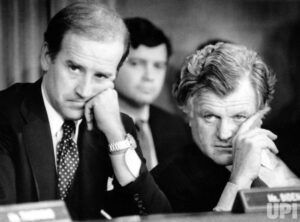 Believe it or not, when the Refugee Act of 1980 (Ted Kennedy, Joe Biden and Jimmy Carter) became law, states could choose whether to become a resettlement state.

Wyoming (wisely) managed to stay out of the resettlement system all these years and that rankles those who are working to change America by changing the people.

In a piece titled “One state has never taken in refugees. Will it welcome Afghans?,” the Post explores a proposal by a local Episcopal church in Casper, Wyoming, to take in Afghans.

The Post interviewed a series of individuals for the piece, including those who said Afghan resettlement in Wyoming could “help with diversification” and break from their “conservative beliefs.”

For new readers here are the nine major refugee contractors financed by the US taxpayer who are now busy placing Afghans (who are not refugees!) in cities and towns from sea to shining sea.

They operate with the assistance of at least 100 subcontractors all linked back to one of the nine motherships.

The nine along with the US State Department determine target resettlement sites.