I’ve been telling you for a dozen years that the meatpacking industry is changing America one meatpacking town at a time.

Because they work for lower wages, Hispanics, Asians and African Refugees make up a large swath of the workforce at big plants owned by the likes of JBS and Tyson Foods.

But, all that may change as the global companies find the joys of automation in light of the Chinese virus crisis as I reported here recently.  See also Neil Munro writing at Breitbart.

As long as they were getting a steady supply of new cheap immigrant labor the meat giants were not moving quickly to a robotic workforce.

And, long time readers know that federal resettlement contractors and the US State Department have been in cahoots for decades to supply them with refugee laborers.

Now comes another good reason for BIG MEAT to dump all this cheap ‘diverse’ labor. 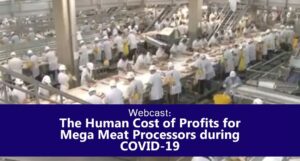 An organization named Forward Latino and other groups from across the country filed a lawsuit on Wednesday against JBS and Tyson alleging racial discrimination during the COVID-19 response.

The organizations filed an administrative civil rights complaint with the U.S. Department of Agriculture alleging that the Tyson and JBS adopted policies that rejected critical Centers for Disease Control guidance, including social distancing on meat processing lines, to stop the spread of COVID-19 at their processing facilities, according to a news release from Forward Latino.

The lawsuit was filed by the Food Chain Workers Alliance, the Rural Community Workers Alliance, the HEAL Food Alliance, Forward Latino, American Friends Service Committee — Iowa, and the Idaho Organization of Resource Councils. They are represented by Public Justice, Nichols Kaster PLLP, and Towards Justice. 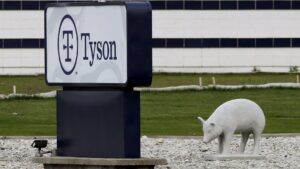 If you are wondering exactly how the Black and Brown workers are not treated the same, here is an explanation:

Joe Henry, Forward Latino National Vice President, has been involved with workers rights at meat packing plants during the pandemic.

“Tyson and JBS aren’t even trying to follow CDC guidance by distancing workers on the line or slowing line speed. They’re just trying to make as much profit as quickly as they can with their predominantly black and brown workforce in the factory,” Henry said.

“That’s not the case for their white collar divisions which are made up of more white or Caucasian people — they are allowed to work from home for their health and safety during this pandemic. Because these companies have received over $150 million just this year in taxpayer money, the USDA must investigate this injustice and act immediately to prevent any further worker illnesses and deaths.”

I have literally dozens of posts on the meatpacking industry and how it has been changing America by changing the people. See my tag for meatpackers.

Just as I was writing this post, I see news that another Tyson worker, this time in TN, has died from the Chinese virus.

Endnote:  A reminder (again!) that you should be finding a local source of meat and poultry as a part of your family’s preparations for whatever might be headed our way this fall (and into the future).