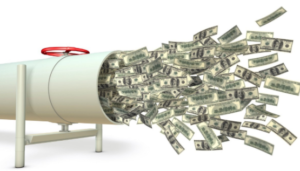 We don’t talk often enough about the vast amount of money that leaves the US each year and flows to third world countries around the globe—dollars that prop up entire countries.

(In case you have ever wondered why countries like Honduras, Guatemala and El Salvador don’t want their people to come home, this is why!)

These ‘remittance’ dollars, earned by migrants of all stripes, or gained through welfare handouts from governments, are dollars lost to the US economy.

Well, with fewer migrants working, fewer dollars are going to the third world (to places like Somalia!) says an Irish NGO operating in the US in an op-ed published in the Sun Sentinel.

As infections surge among migrant workers, the global economy feels their pain | Opinion

The economic fallout of Covid-19 in the developing world has prompted a global conversation about increasing aid for poor countries, but the lack of government assistance pales in comparison to the loss of remittances from family members working abroad.

The recent spike in Covid-19 infections in Florida is ravaging migrant workers, leaving many out of work and in unprecedented social and financial strain – and subjecting them to stigma and scapegoating by leaders seeking to score political points. While isolating these migrant workers may or may not slow the spread of infections, it is just one example of factors that will accelerate economic hardship worldwide—particularly in developing nations. The combination of health and economic impacts on our invisible workforce will contribute to a secondary pandemic of worsening poverty and hunger, which we cannot ignore.

The economic fallout of Covid-19 in the developing world has prompted a global conversation about increasing aid for poor countries, but few have acknowledged that assistance from governments pales in comparison to remittances from family members working abroad.

The pandemic is sapping these remittances at a devastating rate. The World Bank estimates that international family remittances will fall by 20% in 2020, resulting in $110 billion in lost income for families living close to the poverty line, meaning they survive on U.S. policymakers need to understand that migrant workers are a vital organ not only of America’s agricultural community, but of the entire global economy.

There are 164 million migrant workers around the world providing irreplaceable services in their host countries. In 2019, these workers sent a whopping $554 billion back home to impoverished nations. That far exceeds all international aid budgets combined.

Remittances sustain many developing nations. Haiti receives over 30% of its annual GDP from citizens living abroad — many of them in the U.S. It’s estimated that as much as $2 billion dollars comes to Somalia each year in the form of remittances, and other countries such as South Sudan and Bangladesh are also highly dependent on this income stream. In all, it’s thought that about 800 million people across 125 countries rely on money from relatives abroad.

We have established extensive cash distribution programs, which provide regular funds to extremely poor and disadvantaged families, helping them through the toughest times. For example, the Somali Cash Consortium distributed over $18 million last year through its established networks. We are looking to expand this work across various countries, where possible, as the effects of the pandemic bite.

There is a good summary of the decline in remittances worldwide here.

Back to nagging you!

There are a lot of desperate migrants (Antifa and BLM are only too happy to stir them up!) in America and if the virus panic continues it becomes even more important for you to prepare your family and to keep them safe.

I suspect many of you are busy reading the news (and posts like mine), but don’t waste too much time reading and yakking on social media, make sure you leave enough time to get prepared—make sure you have supplies, your home is secure—and if this all blows over, thank God, but get ready just in case.

This reminds me, I recently joined Parler because I am sick of Twitter and I’ve never been too enamored of Facebook either.  I don’t know why I bothered joining another social network because I don’t have enough time in my day to do it justice.

And, I fear that chit-chatting at these sites is distracting from taking the necessary steps for an end-of-year crisis that I believe is inevitable. The only question remaining is—how bad is it going to get?