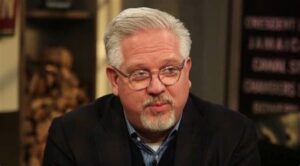 Yesterday as I was happily putting up my vegetable harvest, I heard Glenn Beck in the background announcing that he soon would be talking to the leader of Lutheran Immigration and Refugee Service (LIRS) about their efforts to care for arriving Afghan evacuees (most are NOT refugees).

Beck can be a doofus at times.  He was just that as he effusively thanked KRISH O’MARA VIGNARAJAH CEO of LIRS for helping the poor souls (mostly Muslims of course) that Biden loaded on planes in Afghanistan last week to make it look like he was the king of humanitarians. 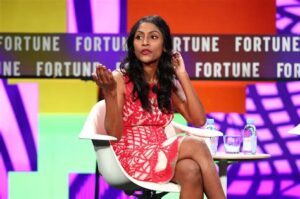 I’m too lazy to search for a transcript of the interview, but Beck seemed most interested in whether they were helping Afghans assimilate to American life and to learn English.

Oh, yes, they do help them learn English Vignarajah assured him.

She said they needed donations and volunteers to help them with that and their other good deeds.

But, neither she or Beck SAID A WORD ABOUT THE FACT THAT LIRS IS ALMOST COMPLETELY FUNDED BY TAXPAYERS—INVOLUTARILY BY YOU!

Now is Beck so ill prepared that he didn’t know that or did he not want to inform his listeners of that little fact?  To the uninformed the message was that wow! look at this Christian organization doing their Christian good works!

Let’s get our facts straight!

I have done this many time over the years, but just so you know.

The Lutheran Immigration and Refugee Service is funded by the federal government!

Heck, I won’t be able to retire unless the media (and even people like Beck who fancies himself a great investigator) make that fact known!

On page 9 we see that $52 million of their $60 million or so income came from the US government.  They are a federal contractor! 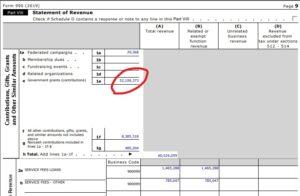 And here, have a look at the salaries of Mrs. O’Mara and a few of her other co-workers.  Although she does not make the salary her predecessor Linda Hartke made before leaving under questionable circumstances, a quarter of a million a year isn’t chump change.

Note that she makes more than a US Senator or Member of Congress.  If LIRS was truly a private organization funded out of the charity of individuals, their salaries would be none of our business, but they are not! 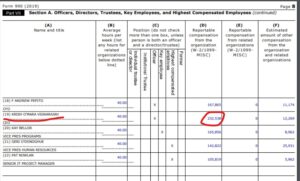 And, now looking forward from 2019 here is some data from USA Spending.  Looks like they are sucking up even more federal tax dollars!

I hate to think that a lot of uniformed Americans are sending their hard earned bucks to LIRS because of Beck’s plug yesterday when they are already contributing via the US Treasury.