This has been coming for a long time. 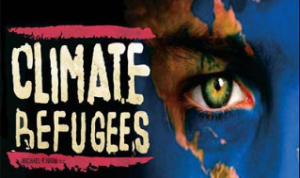 Longtime readers may remember that I have a whole category on so-called ‘Climate refugees’ here at RRW.  (Go here for over 50 previous posts on the topic.)

But now comes news that Democrat candidate for President, Julian Castro, wants to make it legally possible for hundreds of thousands of migrants (millions!) on the move around the world to claim refugee status due to changing weather patterns.

Battle over the word “refugee.”

Although Vox doesn’t say too much about it in this story, know that there is not uniformity among Progressive activists on the subject.

The ‘humanitarian’ wing of the refugee industry fears that the world’s persecuted might be drowned by the hundreds of thousands of third worlders who might claim asylum in the first world because the weather changed in their home country.

Democratic presidential candidate Julián Castro’s climate plan, released Tuesday, calls for the US to create a new category of refugees to welcome people displaced by the warming planet. 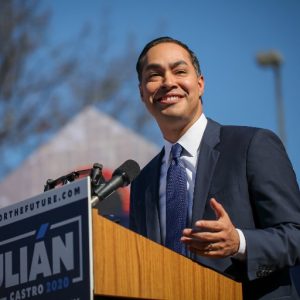 The US only accepts refugees who have been targeted based on their race, religion, nationality, politics or affiliation with certain social groups. As climate change threatens everything from crop production to coastal cities, tens of millions of migrants are expected to be pushed out of areas that will no longer be habitable in the coming decades.

The World Bank estimates more than 140 million migrants will be displaced as a result of climate change by 2050. Castro’s plan is meant to address that growing crisis. But other experts worry it will come at a cost for people who are fleeing persecution in their home countries.

Migrants displaced by climate change have no formal rights in the US and internationally. While 164 countries signed a United Nations agreement in 2018 to work together to resettle those migrants, the pact is not legally enforceable and depends on voluntary participation.

The US and its international partners, however, are running out of time to determine how they will support such migrants. [Says who!—ed]

Glaciers are melting and sea levels are rising, flooding low-level coastal areas where migrants have already started to flee. Increasing global temperatures have led to the desertification of farmland just as growing populations demand higher food production, making the terrain unlivable. Droughts cause local conflict over control of water resources and are the biggest killer among weather-related catastrophes, according to the UN.

Castro’s plan acknowledges that the existing criteria for refugees in the US may cover some migrants who have been persecuted in “climate-driven conflicts,” but ultimately, he says it’s not enough. The US must be proactive and “cannot wait for climate change to destabilize a society before providing assistance,” he writes.

Most of the Democratic presidential candidates call for the US to prepare for mass migration as a result of the climate crisis, but none have gone so far as Castro in proposing to create a whole new category of refugees.