You are all aware now that the President is about to make a determination for how many refugees from Africa, Asia, and the Middle East will be admitted to the US in FY2020 which begins in less than three weeks.

There had been talk the President could put the number at zero!

And, you also might have seen the news that the President had a win in the Supreme Court that could limit the number of asylum seekers coming into the country illegally and then requesting asylum which means asking for refugee status.  (There is a backlog of hundreds of thousands yet to be processed!)

Yesterday we learned that USCIS Acting Director.Ken Cuccinelli linked the two and suggested that potentially fewer asylum seekers would allow for more third worlders from elsewhere to gain admission.

But, heck, we won’t know for weeks or months if the Supreme Court decision will move the needle at all, but the refugees could be arriving beginning in 18 days.

I sure hope someone in the White House has already swatted down the asinine idea!

We will not be fooled by this slight of hand!

In a major victory for President Donald Trump, the high court gave his administration permission Wednesday to implement a sweeping ban on asylum seekers who pass through another country en route to the U.S. The third-country asylum ban is expected to choke off claims by Central Americans and other migrants who transit through Mexico.

With a reduction in asylum cases, Cuccinelli suggested, resources might be redirected to processing refugee claims.Asylum applies to migrants who seek refuge at the border or inside the U.S.; refugee status is sought by applicants from their home countries.

Speaking to several reporters after an event hosted by Axios, Cuccinelli said the court’s ruling could become a factor in discussions over where to set the coming year’s refugee ceiling. Trump cut refugee levels down to the 30,000 in the current fiscal year, a steep decrease over the 110,000 proposed by former President Barack Obama*** before he left office. Trump administration officials have considered slashing admissions again in fiscal year 2020 — possibly even reducing levels to zero.

***I am so sick of the media reporting that Obama set the ceiling at 110,000 in his final year in office (in late 2016!) as a way of comparing his numbers in the most favorable light in contrast to Trump’s.

Obama never set a ceiling anywhere near that high in his previous 7 years and only came near that ceiling (aka cap) in a few of those years!

The decision must be made in the next few days, but definitely by the end of September. You must contact the White House and let the President know how you are feeling about all of this.

Are we going to simply get more Africans and Middle Easterners when the Central American flow might be curtailed?

How about keeping the “humanitarian space” limited across the board for awhile!

Hurrah!  A new feature has been added to this newly reconstructed Refugee Resettlement Watch—e-mail subscriptions are now possible! 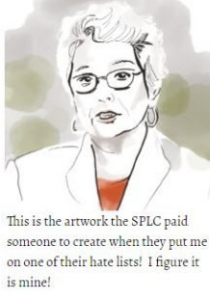 (By the way, I had gotten bored and discouraged writing every day about the Refugee Program, but after being dumped by WordPress.com because clearly they were being pressured to shut me down, I’m even more determined to continue writing here at RRW.)

Be sure to see the right hand sidebar which features other useful information.

For example, you can click on calendar dates and see what I’ve posted on previous days.

There is information on how to reach me and on donating (thanks to all who helped bring RRW  back from the dead with your generous donations!).

Archives going back to 2007 are available and categories are restored.

If you’ve been away for a few days you will see a list of recent posts and then a second list of ‘trending’ (most popular) posts.

And, for your convenience, you can click on the image of the little blue guy behind bars and jump over to my other blog ‘Frauds and Crooks’ to see what is new there!

I’ll leave this post here on the front page for a week or so. Please send it around via social media (see icons below).  I had over 5,000 subscribers when the Speech Police censored me, so it would be great to get some of those followers back!

Thanks as always for visiting RRW!