Update April 18th:  Biden himself commits to increasing the number of refugees to be admitted; references the border saying we couldn’t do two things at once, but now we can (oh really! so what changed?).

“This is a breathtaking betrayal of the plan to ‘build back better.’”

Don’t get me wrong.  I am just fine with it. In fact, I find it hilarious. 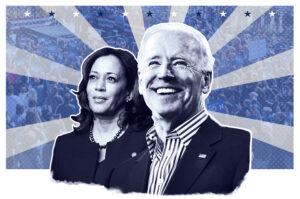 However, Biden/Harris have now so screwed-up the US Refugee Admissions Program (which I know a little about) with their ham-handed incompetence that it makes me ask how badly are they screwing-up elsewhere—-like handling the pandemic or dealing with Russia and China?

We know they are creating a catastrophe and angering most Americans with their policy, or lack of a policy, at the southern border!

And, that is not so funny.

Now, by not going forward with his promise to reset the annual refugee cap to 62,500 for what remains of the 2021 fiscal year, RRW readers know that Biden has been pissing-off his friends in the NO Borders community.

Leading the pack of the pissed-off are the refugee contractors*** whose business it is to place third world clients in your towns and cities while being paid by you, the taxpayer, to do it.

And, see here that the final straw for those who helped Biden steal the White House was when a contractor, the International Rescue Committee, published a report saying Biden was ‘welcoming’ fewer refugees than President Trump.

Biden is on Track to Admit Fewer Refugees Than Trump

If that wasn’t bad enough, yesterday all hell broke loose when the White House announced it would leave TRUMP’S CAP of 15,000 (or fewer) refugees to be admitted by September 30th in place.

The “faith groups” (aka contractors) were “outraged.”

Nothing Trump did should ever be left in place!

A few hours later Biden/Harris backtracked and said they would set a new higher cap/ceiling in mid-May.

Keep in mind that while running for the presidency Biden promised his 80 million (ha! ha!) voters that he would admit 125,000 annually.

There is a lot of coverage of the “betrayal.”  Here is one account at Religion News Service:

WASHINGTON (RNS) — President Joe Biden’s administration has reversed a decision to keep in place a historically low cap on refugee admissions left by Donald Trump, saying it will raise the ceiling next month after faith-based groups initially decried the move as an “abandonment of our ideals.”

Biden signed a memorandum Friday (April 16) aimed at speeding up refugee admissions this year — but that memorandum does not increase the so-called refugee ceiling, something the president has pledged to do when speaking to religious audiences.

Although the memorandum leaves open the possibility of raising that number should the United States resettle the maximum 15,000 refugees this year, news that the ceiling will at least temporarily remain at that historic low was met with disappointment by many religious communities, including the faith-based groups that partner with the federal government to resettle refugees.

By Friday afternoon, The Associated Press and CNN reported the Biden administration has reversed course, announcing plans to lift the Trump-era refugee cap next month in the wake of widespread pushback from allies.

The White House confirmed to Religion News Service on Friday that officials intend to revisit the refugee ceiling sometime in the coming days, saying in a statement, “We expect the President to set a final, increased refugee cap for the remainder of this fiscal year by May 15.”

Keep reading here to see what the other Christian contractors, in addition to Soerens, had to say about their man Joe yesterday.

In a more tempered response, see what the Hebrew Immigrant Aid Society is saying about the flip-flopping from the White House. 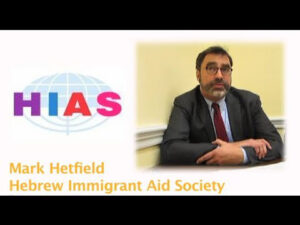 “We’re relieved but disappointed,” said HIAS CEO Mark Hetfield following Friday’s initial announcement that the cap, also known as the refugee ceiling, would not be raised.

Following the second statement, Hetfield added, “There’s no reason to delay raising the refugee ceiling. It’s just a ceiling, it’s not a floor. They should be focused on what’s the goal and how are you going to reach it?”

It is all Trump’s fault!

The fight over the refugee cap encapsulates a dilemma confronting HIAS as the agency moves from Trump to Biden. On one hand, HIAS leaders are glad that the United States no longer has a president who opposes refugees, separates families at the border and fires up his base with anti-immigrant rhetoric.

On the other hand, they say that Trump did so much harm, and made immigration so heated an issue, that it will be a challenge just to bring the immigration and refugee systems back to where they were before Trump. 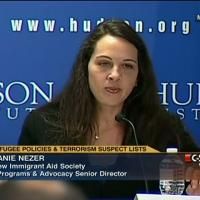 Returning to a point in which the U.S. allows hundreds of thousands of refugees a year, and passing immigration reform through Congress, these leaders say, feels even more daunting. [HIAS was heavily involved in lobbying for failed Comprehensive Immigration Reform some years ago.–ed]

“It’s just a relief to have that administration in the rearview mirror,” said Melanie Nezer, vice president for public affairs at HIAS. She  dubbed the Trump era “the fire swamp.”

But Nezer is cognizant as well of “the sheer amount of time, effort and creativity it’s going to take for the new administration and those of us who work on these issues to unravel and fix it.”

“The prior administration really decimated our infrastructure, our systems, our staffing,” she said. “It’s stunning to think about the damage that was done.”

Trump’s actions on immigration, beginning with the travel ban, spurred a flood of donations to HIAS. Since Trump’s term, the agency more than doubled its annual budget to $90 million. But resettling refugees — how the organization had once spent the majority of donations — became unprecedentedly controversial and difficult.

With its windfall, HIAS sued the Trump administration over its travel ban, increased its advocacy work and shifted its weight outside the U.S.

For refugee resettlement nerds there is a lot of useful information in this article, so keep reading.

Here is the data from the State Department showing the paltry number of refugees admitted in the first half of the fiscal year.

This is what has the contractors hopping mad.

Notice (sorry the screenshot isn’t clear, but take it from me) that although we are admitting hundreds of thousands of illegal border jumpers from Central America, more are being admitted as refugees through this legal avenue.

***In case you are new to RRW, here are all of the unhappy contractors.