Of course they are as the Hijra (migration jihad) is now being accelerated beyond their wildest dreams!

Here is the bare bones news from Breaking 911 about the newest site for containing Afghans before they are distributed to a town near you. 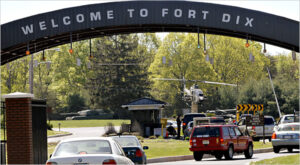 Thousands of Afghan Refugees Heading to New Jersey Military Base

U.S. Northern Command continues to build out capacity to ensure the Afghans are accommodated, said Pentagon Press Secretary John F. Kirby, noting that the goal is to be able to receive about 25,000 in the coming days and weeks.

Tripping down Memory Lane!  Do you remember the Ft. Dix Six—-Muslim refugees from Albania planned an attack on the military base in 2007.  I wrote about it here in my first year writing this blog.

It interested me because this all happened near where I grew up.

Thousands of Afghan refugees expected at McGuire-Dix-Lakehurst military base

If you want to help take care of the refugees, cultural training (of course!) is underway because the refugees will not be expected to adopt American ways, we must adopt theirs!

Help, though, isn’t always as straightforward as it seems. Privacy and security, for example, are considerations that must be weighed. And Mentha recounted how, in his early days of working with immigrants, he wasn’t aware how something as automatic to Americans as a handshake could be unwanted or even offensive to people of other cultures. That’s why he planned to attend a “cultural competencies” training Tuesday afternoon the Afghan-American Foundation organized for humanitarian workers helping refugees.

For the Council on American-Islamic Relations of New Jersey (CAIR-NJ), helping Afghan refugees means mobilizing the state’s mosques. There are over 150 that serve about 300,000 Muslims across the state, said Selaedin Maksut, the group’s executive director. CAIR-NJ has asked them to gather goods and scout out housing possibilities for refugees, Maksut said. CAIR-NJ also offers free legal aid — and will do so for any refugees who need it, he said. 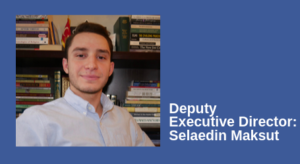 The group also stands ready to address and fight any xenophobia and Islamophobia that might accompany Afghans’ arrival here, he said.

Maksut applauded Gov. Phil Murphy for his recent “very welcoming and progressive” letter to President Biden, in which the governor wrote that “accepting these refugee honors the sacrifice made by veterans in the war in Afghanistan — too many of whom died working towards the same goal sought by these refugees: stability and peace.”

The International Refugee Assistance Project last week estimated that about 100,000 Afghans were seeking evacuation to the United States, according to the Associated Press.

*** Seeking a special immigrant visa?  WTH!  So, if they don’t meet the requirements, then what?  Are we expected to believe they will be shipped back to Afghanistan?  That will never happen! Everyone who sets foot on American soil is one more your tax dollars will be feeding and housing for years to come!