Believe it or not, there is other news in the world these days that doesn’t involve the Chinese virus!

Just one of the tens of thousands of ‘refugees’ who have made their way to Europe! So much for the highly touted biometric data!

The arrest in Spain of an infamous member of Islamic State from London who authorities thought had been killed in Syria has sparked fears among security officials that more foreign fighters survived the fall of ISIS-controlled territory than previously imagined. 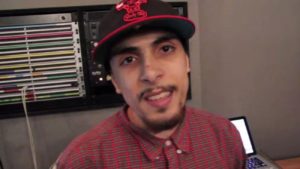 Worse, sources tell Insider, he found a way to smuggle himself back into Europe by avoiding customs checks and biometric tracking at borders.

Abdel-Majed Abdel-Bary and two unnamed associates were arrested Monday by Spanish police in the Mediterranean port city of Almeria after coordination with the UK domestic intelligence service MI5, which had been attempting to track him since he left the UK to join ISIS in Syria in 2015.

Abdel-Bary is the son of Adel Abdel Bari, who has been accused of killing 224 people in various bomb attacks across Africa. Some believe he is linked to the terror cell that committed the Bataclan massacre in Paris in 2015.

Intelligence sources said they were shaken that such a major figure could make his way back into Europe undetected.

“This is a major problem,” a counter-terrorism official in Belgium told Insider.

“Abdel-Bary isn’t some Syrian guy nobody has ever heard of. He’s a well-known jihadist from a well-known jihadist family who was active on social media from Syria and was closely linked to both the cyber-caliphate activities of Junaid Hussain and the cell of UK fighters who controlled the Western hostages in Raqqa.

Now it turns out he’s not dead but rather living in a rented apartment on the Spanish coast.”

Just another of those poor suffering refugees.

The official said the immediate suspicion was that Abdel-Bary was able to make his way back to Europe at some point in the last few years amid the ongoing flood of civilian refugees.

“Who else is living here inside Schengen […the area of 26 countries in mainland Europe through which citizens are allowed to move without passports] and able to move around freely without showing ID?” asked the Belgian official, who had tracked both the Molenbeek Cell and then assisted French and Belgian special forces in targeting Francophone fighters during the fighting in Mosul and Raqqa from 2016 to 2019.

Abdel-Bary, 28, was involved in drug dealing and had a small star turn as a jihadi inspired rapper. He was influenced by his Egyptian-born father’s yearslong detention in the UK while awaiting extradition to the US on charges he was a member of al Qaida who helped plan the 1998 East African embassy bombings in Kenya and Tanzania.

There is an interesting discussion about how the French and British military attempted to kill as many of their nationals who had joined ISIS presumably so they wouldn’t have to bother with them if they turned up back home in France or the UK.

See my complete ‘Invasion of Europe’ archive that extends back for a decade. LOL! You might have a little extra reading time on your hands these days!

Endnote:  You might have noticed that both of my blogs were down for awhile yesterday.  Apparently my hosting company was doing some fixes, nothing nefarious!