I don’t know exactly how many, but I have heard that around 100 offices closed.

The nine contractors*** call them affiliates, but you could also call them subcontractors (I do).  I suspect they don’t like the later word because it then appears that there are lots of bucks moving around, and there are!

As the Obama Administration was ending we had reported that efforts were underway by the US State Department to add as many as 40 new locations for the placement of refugees since the contractors were wearing out their welcome as they overloaded towns and cities with poverty.

Here is a map from the Refugee Processing Center showing where refugees were being placed in 2016.  I know it is hard to read but you can see it enlarged either at the link above at RPC, or use the link under each map.

See that the nine contractors are color-coded and listed in the right hand corner, and note that more than one contractor can have local offices in cities especially eager for more diversity and for more needy people to care for.

We can only assume those cities have run out of their own poor people!

Now here is a map of the locations for refugee resettlement at the time Biden was installed in the White House.

You can expect to see a re-opening of some of those offices closed during the Trump years, and pay close attention to local efforts, often by those “Interfaith” political organizations, agitating for new offices.

Frankly, the only way forward now is to work at the local/state level for most of your political activity.

***For New Readers these are the nine federal refugee contractors who worked to put Biden and Harris in the White House and are lobbying for millions of illegal aliens to be transformed into legal voting citizens, as well as raising the refugee admissions ceiling from 15,000 this year to 125,000.

They are largely paid by you, the taxpayer, for their work of changing America by changing the people, and in so doing, are putting Americans last!

This post is archived in my ‘Knowledge is Power’ category.

Not even Saint Obama proposed such a huge number.

Joe Biden and Kamala Harris campaigned on lifting Trump’s so-called Muslim ban and immediately setting the ceiling to 125,000 refugees to be admitted in this fiscal year (FY21).

Trump had set the ceiling at 15,000 the lowest cap since the program began over four decades ago.

That 125,000 does NOT include those flowing toward our borders now in anticipation of Biden opening the borders and would be the highest cap in nearly 30 years.

(The 125,000 ceiling is only for those we fly into the US from the third world at taxpayers’ expense.)

Because we need to have facts, which are going to be harder to get as the Refugee Processing Center (US State Department contractor) has removed the very useful “Interactive Reporting” function we have have come to rely on for the last decade to understand who is being admitted and placed in your towns and cities, I will be posting information like this below when I can get it.  (To be archived in my Knowledge is Power category).

This information (below) is available at the moment:

See that Biden has said he would admit tens of thousands more refugees than any predecessor (including Obama) for the previous nearly 30 years.

The Refugee Act of 1980 was signed into law in the spring of 1980 by Jimmy Carter who of course later that year went on to lose the election to Ronald Reagan.  The vast majority of those early refugees were from Southeast Asia and they were escaping COMMUNISM.

President Trump admitted the least number of refugees in one year—11,814 in FY20.

Total refugees (again these are the refugees we flew into the US mostly at the behest of the United Nations)— 3,456,532—admitted over four decades.

Biden/Harris plan to put the US Refugee Admissions Program on steroids as they have promised the refugee resettlement contractors—the nine fake non-profits below.  Your tax dollars fund them to change America by changing the people. 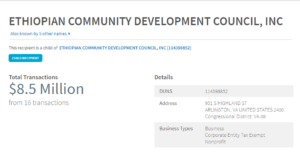 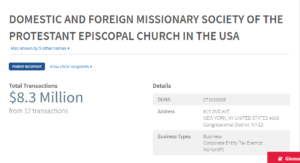 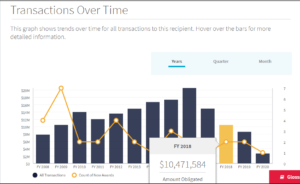 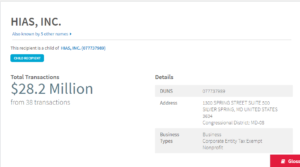 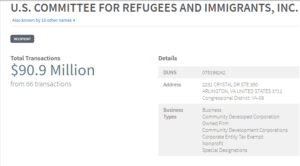 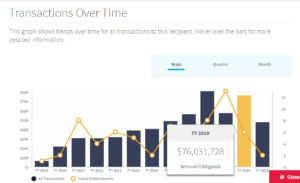 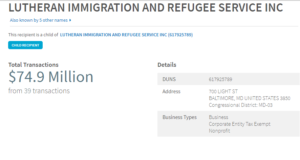 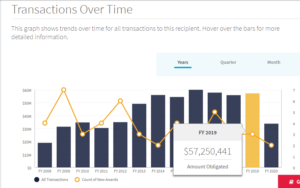 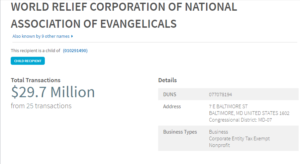 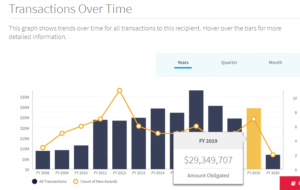 While you have been incarcerated at home, discouraged from traveling at all, the US government has flown 1,003 so-called Special Immigrant Visa holders into the US and distributed them around the country.

On March 16th, just as the regular refugee admissions program was about to be shut down (although it wasn’t completely suspended), I made note that we were at 6,867 special refugees from Afghanistan at that point for fiscal year 2020.

Where do I find these numbers (for readers who think I make this up!)?

Go to the Refugee Processing Center by clicking here.  This screen appears. Click on the link I have designated with an arrow and a spread sheet opens up and you can see the numbers I am talking about.  You can also see which states ‘welcomed’ them!

I’ve filed this as a Knowledge is Power post. See my whole series here.

I’ve written a few posts at ‘Frauds and Crooks’ about SIVs as well, see here.

Editor:  This is the seventh in my ‘Knowledge is Power’ series. Although there is a lot of knowledge provided here daily my goal with this series is to supply readers with sources of information so that (LOL!) I don’t have to continually answer basic questions and you can get to work where you live to help educate your friends, neighbors, elected officials and the media about the expensive, dysfunctional program that is changing America by changing the people!

Stop reading here if you don’t want to know more!  If you do, then read this post, check out the 2017 annual report and go to the category specifically set up to archive this series of posts for more information—Knowledge is Power.

The Refugee Act of 1980 requires the HHS Office of Refugee Resettlement to submit an annual report to Congress within three months of the close of the previous fiscal year (fiscal years close on September 30 of the previous year), but they perennially seem incapable of producing the document on time and often don’t publish one for years.

The Trump ORR hasn’t gotten it done on time either!

Well hallelujah, the 2017 report came out just about a week ago.

If they followed the law we should be seeing the 2019 report by now.  By the way, I once did an analysis of those reports and when they were submitted and learned that during the Reagan and George HW Bush administrations the ORR followed the law, but when Clinton came in and Lavinia Limon (see post yesterday) became the head of the office they went off track and have never been on time since.

In FY17 the Office of Refugee Resettlement’s funding was $1.6 BILLION!

And no where in the report did I find the cost of the US State Department’s share of the budgetary burden or the Dept. of Homeland Security share (it could be there, it usually is reported in the annual reports, but I didn’t see it).

Again, I haven’t analyzed it carefully yet, but did have a look at the pages on welfare use and as usual it’s an eye-opener.

Of those who willingly reported in a survey for FY16 (page 20) here are some examples:

35% were on some form of cash assistance

Go to the report to see how much federal boodle the contractors get for myriad projects.

See a list of all of the annual reports.

I found them all useful when I wanted to find out how many Somalis we admitted since the program began, because, as you know if you have been using the Refugee Processing Center data (Knowledge is Power IV), that data only extends back to 2002.  Before 2002 you can do the laborious work of looking at the data provided on admissions in each annual report before 2002.

See that 2008 post about Somali numbers since the Refugee Admissions Program began. I used annual reports to find the numbers for much of it.  I was updating for awhile and I guess I better not be lazy and add 2017, 2018, and 2019 one of these days!

Again, today’s post is archived in a category set up for only this series of posts I call—Knowledge is Power.