We learned the other day that German public opinion is resoundingly against more Muslim immigration and I doubt that most of the newcomers are Christians.

From the German Mission in the US:

Germany has doubled the number of refugees from Syria it will accept to 20,000, the Interior Ministry has announced. “Germany stands by its humanitarian responsibility,” Interior Minister Thomas de Maizière said. “It is therefore right that together we help even more.” Federal and state interior ministries agreed on the increase at their spring meeting in Bonn on June 12.

We posted this very interesting graph in February which gives you some idea of which European countries want Syrians: 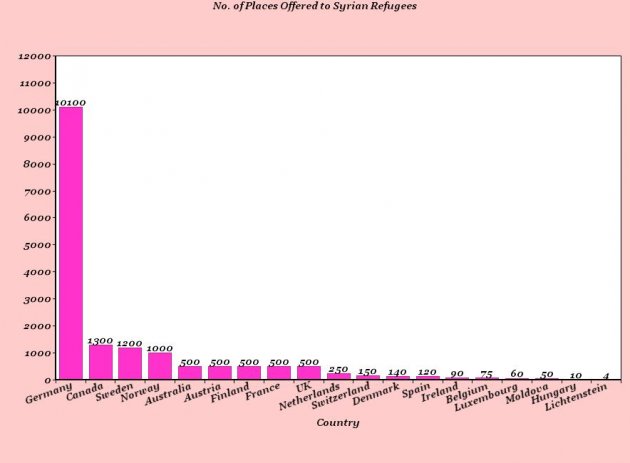 So what is up with the US?  Don’t get me wrong, I am not complaining but as of May 31 we had resettled (through the Refugee Admissions program) only 42 Syrians.  Compare that to the number of Iraqis (11,660), Burmese (9,500) and Somalis (5,015) we have taken already this year!   Someone somewhere has security concerns about the Syrians, but heck we took all those Iraqis and Somalis!