This is just a quick update on the post I wrote, here a week ago about Chinese-owned Smithfield Foods’ role in creating a massive Chinese virus hot spot in South Dakota.

Apparently the company is blaming the workers’ community culture and the workers point a finger at the company’s management of the plant. Thanks to reader John for bringing my attention to the story.

Was there any way to prevent the Smithfield Foods pork processing plant in South Dakota from becoming one of the country’s largest known coronavirus clusters, with more than 700 workers infected? It’s hard to know “what could have been done differently,” a Smithfield spokesperson said, given what she referred to as the plant’s “large immigrant population.” 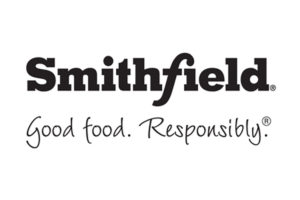 “Living circumstances in certain cultures are different than they are with your traditional American family,” she explained.

The spokesperson and a second corporate representative pointed to an April 13 Fox News interview in which the governor of South Dakota, Kristi Noem, said that “99%” of the spread of infections “wasn’t happening inside the facility” but inside workers’ homes, “because a lot of these folks who work at this plant live in the same community, the same buildings, sometimes in the same apartments.”

But internal company communications and interviews with nearly a dozen workers and their relatives point to a series of management missteps and half measures that contributed significantly to the spread of the virus. A BuzzFeed News investigation has uncovered new information showing the company did little to inform or protect employees during the critical two weeks after the first case at the plant surfaced. Then, with confirmed cases rising quickly, Smithfield introduced new safety protocols but applied them unevenly across the plant’s departments, leaving hundreds of workers exposed.

In late March, as word of the first confirmed case leaked, workers began seeing flyers on notice boards and doors. “If you are at work and feeling sick,” the flyers stated, “tell your Supervisor and go directly home.” But the directive was posted only in English, three employees said, even though many of the plant’s 3,700 workers have limited comprehension of English. Safety notices at the plant are usually translated into as many as five languages.

It is a long story, if you are interested in the gory details, continue here.

Someone could write a very useful book, a new version of The Jungle, by focusing on one plant like Smithfield Foods in Sioux Falls, SD. 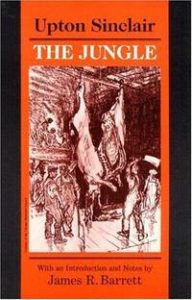 Giant global corporations are changing the American heartland with the continued pressure on government to import (for them!) cheap foreign labor.

An author could hit all the key elements of greed, politicians and fake ‘religious’ charities as enablers, the suffering of American workers, the changing culture of middle America and the federal government’s complicity in the whole mess.

The opening chapter would detail the spread of the Chinese virus through the plant and the impact it is having on Sioux Falls.

One thought on “Changing South Dakota One Slaughterhouse at a Time”