Nevermind that it is the United Nations that halted refugee travel due to the Chinese virus crisis. 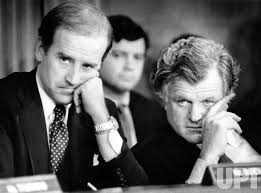 Refugee contractors are trying to “chart a path forward” as refugee admissions this year are set to be the lowest they have ever been since Senators Ted Kennedy, Joe Biden and the peanut farmer, Jimmy Carter, created the US Refugee Admissions Program that became law in 1980.

But, oh how they love their sob stories featuring poor suffering families seeking to be reunited.

Sob story design and promotion is one of the Leftwing media’s greatest skills!

Sorry, no sympathy from me for a mother who leaves her INFANT daughter in a hellhole refugee camp to come to America with a supposedly sick husband expecting then to have the US government fly her daughter to her at a later date.

A family was set to be reunited after nearly four years apart. Then coronavirus struck.

(CNN) More than three years ago, Deman Aman Abshir, a Somali national, faced an impossible choice: leave behind her newborn daughter to come to the United States or watch as her husband’s health worsened.

Abshir and her husband, fleeing deteriorating conditions in Somalia, worried that any delay in leaving could hinder their chances to resettle in the US and get medical treatment, she said. So they left.

In 2011, amid an ongoing civil war in the country, Abshir decided to leave Somalia and fled to a refugee camp in Ethiopia.

“Life was hard and there was a lot of struggle,” she said.

Over the years, the health of Abshir’s husband, Mohamed Hussen Ibrahim, who was being treated for a neurologic condition that prevented him from walking and doing other daily activities, started to worsen.

And, he sure must have gotten some magical medical treatment in the US (on your dime!) because he got a job, but there is not one word in this story about his diagnosis, treatment or recovery.

In late 2016, more than a year after their case had been approved, the couple was ready to depart to the United States.

“Three different situations happened at the same time: my husband’s situation got worse; we had our newborn; we had the process approved,” Abshir recalled. “It was 2016 so Trump was getting elected, so we knew if we had to delay, the opportunity would never come so we had to choose sacrifice to be with our child or leave for the US with my husband to get better treatment.”

She had another choice:  Let her husband go on to America (so you could pay for his medical care) and she could stay in Africa with her INFANT daughter!

Now we are expected to believe she is so emotional over the separation that she can’t work!

Abshir’s four-month-old daughter had not been part of the original case, therefore adding her would delay their departure and postpone obtaining medical treatment for her husband. Abshir called the decision to leave Nimco behind “painful,” recounting the difficulty she had in keeping jobs in the US because she was overwhelmed with emotions.

Since then, Plummer has tried to get Nimco’s case approved to reunite with the family. The nearly four-year uphill battle appeared to be reaching a conclusion when the coronavirus pandemic shut down arrivals.

Abshir, whose husband also lost his job because of the pandemic [“also”? weren’t we just old she couldn’t hold a job due to being emotionally distraught?—ed]  has remained hopeful, but extended separations often weigh on families.

[He had a job, wow!  He must have recovered from his serious health issue and inability to walk.—ed]

“I see these cases and it’s joyful when a child reunites with a parent and it’s all wonderful superficially but you can’t get that time back. The child doesn’t know their parents … just the psychological impact to the family for as long as the delay continues,” Plummer said.  [Taxpayer-funded counseling ahead?—ed]

All of that is to set the tone for the rest of the article that goes on to bash the Trump Administration.

We do learn that no date has been set to resume refugee resettlement.

But, just so you know, we have admitted nearly 400 refugees since the Virus Crisis ‘moratorium’ began.

Refugee arrivals to the US were suspended as of March 19, with the exception of certain emergency cases, a State Department spokesperson told CNN.

No date has been provided on when admissions will resume. The spokesperson said State “will seek to resume refugee arrivals when it is safe and logistically feasible to do so, subject to any travel restrictions in place at that time.”