When I first started writing RRW now almost 13 years ago, I originally (naively) assumed, as so many newbies do to the issue of refugee resettlement, that we actually admitted refugees for a few years, helped them get educated while protecting them from some threat in Africa (or wherever) and that they then went home.

I quickly learned how wrong I was and that refugees admitted to the US under the US Refugee Admissions Program were here to stay.

However, now, in light of the rage being demonstrated against America, by not just African-Americans, but by unhappy refugees and unhappy and angry so-called ‘Dreamers’ from south of the border (see my post just now at ‘Frauds and Crooks’), maybe the idea of just going home and fixing one’s own native land is an excellent idea whose time has come. 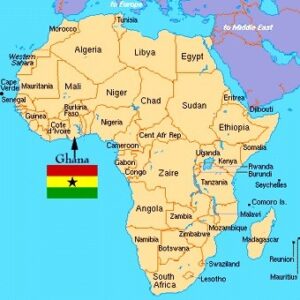 The leadership of the African country of Ghana has launched a ‘Come Home’ movement that should be appealing to many who say white America is a racist land!

And, I am not trying to be funny or provocative here.

This is an idea that should be widely promoted.  For those who find America an unhappy place, please take your skills, your talents, your education and your industry and return to your native country (or the country of your heritage) and work to make it better.

And, by doing so, make the world a better place!

Ghana, considered a gateway of the brutal slave trade to the United States that began more than 400 years ago, is urging “unwanted” Americans of African heritage to resettle within its borders in the wake of the police killing of Minnesota resident George Floyd.

During a memorial and wreath-laying ceremony in honor of Floyd last Friday, Ghana’s Minister of Tourism, Arts, and Culture Barbara Oteng-Gyasi invited African Americans to “re-settle in Ghana if they feel unwanted” in the United States, the Independent Ghana news outlet reported.

We continue to open our arms and invite all our brothers and sisters home. Ghana is your home. Africa is your home. We have our arms wide open ready to welcome you home. Please take advantage, come home build a life in Ghana, you do not have to stay where you are not wanted forever, you have a choice and Africa is waiting for you.

“We know of the extraordinary achievements and contributions they [Africans in the diaspora] made to the lives of the Americans, and it is important that this symbolic year — 400 years later — we commemorate their existence and their sacrifices,” the Ghanaian president declared.

The Ghanaian government launched the 2019 effort to mark 400 years since the first documented slave ship left Africa to the U.S. state of Virginia.

In the months ahead, help me follow this story and see just how many unhappy in America, go home to Africa., or, go home to any other country they came from.

Too bad there is no political will to organize a “go home” movement.