Editor: For a month or so there wasn’t much news on the US Refugee Admissions Program as the Biden White House flipped and flopped on the subject of admission numbers for this fiscal year so I was writing a weekly roundup of refugee news.   However, now, because there is so much news, I’ll need to go back to daily, or almost daily posting.

Do you remember those “No Fear” T-shirts teens were wearing a few decades ago?  I think of those shirts every time I hear from Michelle Malkin.  (No longer invited on respectable Ha! Ha! Fox News, but be sure to catch her on Newsmax).

Here at the Minot Daily News: 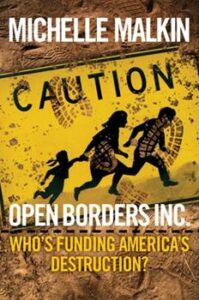 Ready or not, here they come. Thanks to Joe Biden, America the Weary will soon open its doors to another 62,500 low-skilled foreigners from the Third World. The sovereign citizens in neighborhoods across our nation where these newcomers will be dumped will have no say in these decisions. Zip. Zilch. Nada.

Open borders judges made sure that the wants and needs of ordinary Americans would be subordinated to those of the refugee resettlement racket. There is no recourse under U.S. law to reestablish local control of the process.

Instead, the United Nations, the U.S. State Department and their globalist partners in the “faith” community (who rake in billions of dollars in tax subsidies off the backs of refugees and at the expense of voiceless citizens) will dictate who gets in and who moves where.

It will be mostly young low-skilled Americans forced to compete with the influx of 22,000 Africans, 6,000 East Asians, 4,000 Europeans and Central Asians, 5,000 Latin Americans and Caribbean nationals, 13,000 Near Easterners and South Asians, and another 12,500 refugees from unspecified countries. (Hint: Look for a “Green New Dealer” to ram a bunch of future Democratic-voting “climate refugees” into the mix.)

Read it, get it distributed widely, and buy Malkin’s book!

And, as I said in my post on Winchester, Virginia a week ago, the only recourse you have now is to make political noise locally.

If the federal resettlement contractors become aware of a vocal “unwelcoming” local community they have been known to move to where they will find less resistance.

Say it Out Loud! The Great Replacement is Underway