“To create this new category of climate refugees is a transparent attempt to use the climate issue as a crowbar to pry open the borders of the U.S.”

At the end of 2008, I wrote my first post on Climate Refugees, see it here.

I don’t even want to be writing about it, but it’s why I continue posting at RRW at all. I write to continue building a historical record of how those seeking to create a borderless world think and act.

The most important lesson you can take from this is that the Socialist Left, the No Borders pushers, never give up.

Year in, year out, they push out their propaganda to move you and to move elected officials and governments to accept their goals.

So, as boring as I find this, this is an update of where they are on this excuse to erase borders altogether.

The White House has taken the first steps to grapple with the massive issue of climate migration, as drought, storms, and rising seas displace millions of people worldwide. 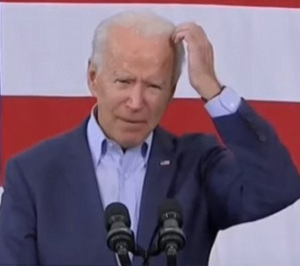 The Biden administration plans to release a report in August on the impacts of climate change on forced migration, mandated by an executive order. Migration advocates, who have long called for safeguards that address displacement from global warming impacts, have welcomed the progress.

But there’s a lack of U.S. policy to protect climate-displaced people, one of a host of challenges in developing safeguards for people migrating from disasters abroad.

One of its most difficult tasks, experts say, is defining the problem. No legal safeguards exist specifically for people who claim they were forced to leave their country because of climate change.

And without a solid legal definition for what a ‘climate migrant’ is—the precursor to protections under refugee law—changing U.S. immigration policy could a tough sell.

They haven’t fully captured the international communities attention, but they are working on it as they dream the Biden bunch will lead the way.

While climate change is driving migration, the world isn’t at yet at a crisis point that would spur widespread political action, Kamal Amakrane, veteran senior UN official who led efforts behind the UN Global Compact for Migration, told Bloomberg Law.

“This human dimension of the climate crisis has yet to fully capture the international community’s attention,” said Amakrane, who is an adjunct professor of international affairs at Columbia University.

This opens the door for the U.S. to take up a position of leadership on the issue—which Amakrane believes should be treated as one way to adapt to a changing climate.

Here is the rub, climate refugees do not fit the international definition of refugee.

Pay attention to this because those “asylum seekers” (wannabe refugees) flooding the US border do not either.

Notice (below) nothing in the definition says refugee status is possible due to lack of jobs or violence in one’s home country. Or, because storms are more frequent (if that is even true!).

Current U.S. refugee law stems from the United Nations’ 1951 Refugee Convention and its 1967 Protocol, which mandates that refugees must prove they’re fleeing persecution on the basis of their race, religion, nationality, political opinion affiliation, or membership in a particular social group. This remains the definition under U.S. refugee law.

“To create this new category of climate refugees is a transparent attempt to use the climate issue as a crowbar to pry open the borders of the U.S,” said Mark Krikorian, executive director of the low-immigration think tank, Center for Immigration Studies.

Krikorian also disputed the argument that the U.S. owes a moral responsibility to citizens of countries overwhelmed by climate change because of its history of high carbon emissions.

“That’s not a basis for immigration policy. And even if that were a legitimate argument, that might be an argument for helping people adapt to climate change—not for having them move to Cincinnati.”

I only snipped a small portion of the story, read it all here.