“We have neither the resources nor the obligation to solve the federal government’s problem and foot the bill for the consequences of this Administration’s misguided actions.”

Maybe you have already seen reports where you live that the federal Office of Refugee Resettlement (within HHS) is out scouting locations to shelter Unaccompanied Alien Children (mostly teens and mostly males!) in unused facilities such as old schools.

Well, twenty Republican governors are saying Not in My State!

Presumably this demand by the governors applies only to shelters for UACs.***

Here is the opening salvo in their letter yesterday: 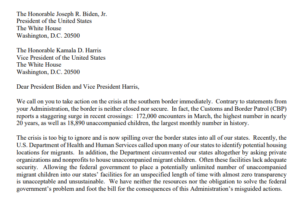 Here are those who signed: 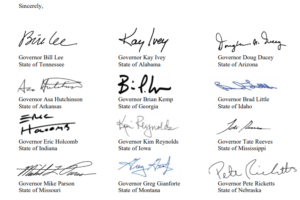 Although it didn’t involve illegal alien ‘children’, I am reminded that many of the governors above did not support President Trump’s efforts to strengthen their states rights when Trump proposed a plan to give them a greater say in refugee placement in their states.

There are twenty-seven Republican governors, seven did not sign the letter.

Missing are the REPUBLICAN governors of Alaska, Florida, Maryland, Massachusetts, Ohio, Vermont and West Virginia signaling that it is hunky dory to send illegal aliens to shelters in their states.

***UACs are being placed with sponsors in most states.

You can see, by clicking here, where some of the mostly teenagers have been placed with sponsors through the end of March.