And, so does Vermont’s Republican Governor Phil Scott who has (according to the AP) asked Harris/Biden for more refugees! 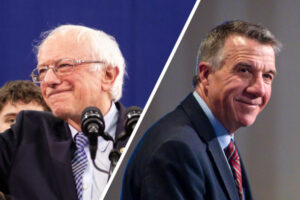 It is surprising isn’t it that Vermont, the homeland of Bernie Socialist Sanders really hasn’t ‘welcomed’ very many refugees compared even to other states of a similar size, but all of that might change starting in October.

What is happening in October?

The Harris/Biden team says they will increase refugee admissions for FY2022 which begins October first to 125,000.  That would be the highest annual refugee cap in decades—more than Obama ever dreamed of!  And, now the hunt is on for their new homes.

This article from the Associated Press would have you believe small cities were never the lucky recipients of third world diversity, but that just isn’t so.

And, by the way, know also that the AP reporter has transposed the words in the name of the organization.  It should be the Ethiopian Community Development Council known widely in the refugee industry as ECDC, a long time member of the big nine contractors*** that monopolize all resettlement and have done so for decades.

Readers may remember that an effort to make Rutland, Vermont, another small city in the white state, a home for impoverished refugees exploded into a huge controversy in 2016 that ultimately saw the pro-refugee mayor ousted.

Know that this hunt for fresh territory is going on everywhere (except maybe Wyoming, but folks there need to be on the look-out) as the contractors must submit their plans to the US State Department by late summer so they can be competitive with other refugee contractors and get their allotment of paying clients (aka refugees) starting October first.

Wausau, Wisconsin is also on the target list according to this report.

From AP at US News:

BRATTLEBORO, Vt. (AP) — A refugee resettlement nonprofit has plans to start a new program in Vermont to relocate refugees in smaller, more rural communities across the United States.

The Ethiopian Development Community Council, a nonprofit agency that partners with the State Department to resettle refugees in the U.S., wants to launch its program in Brattleboro because of the city’s support. The first families should arrive in the city before the end of the year if the program is approved by the federal government, Vermont Public Radio reported Monday.

The nonprofit has also chosen Wausau [Wisconsin–ed] to test out the program, pending federal approval.

The nonprofit is preparing for an influx of refugees since the Biden Administration has promised to increase the number of refugees allowed in the country and reopen the refugee resettlement program that the previous Trump Administration imposed restrictions on, the radio station reported.

“If we want to create integration of refugees, having them only in big cities where they would be congregating among themselves, only, is not going to help long-term integration,” said Tsehaye Tefera, the founder of the Ethiopian Development Community Council.

That may sound like a nice sentiment but in reality refugees resettled in smaller cities generally migrate after a few months to larger cities because they want to live in enclaves with their own kind of people!

The most visible of the ethnic groups, partaking of what the industry calls secondary migration, are the Somalis loading up Minnesota.

Social and economic organizations in Windham County have been supportive, but efforts to resettle refugees in Vermont have been controversial in the past, Vermont Public Radio reported.

Brattleboro town manager Peter Elwell said he knows there could be opposition to the resettlement program, but regardless, the plan is in line with the town’s priority to improve equity in one of the whitest states in the country.

However, see this report from FAIR which examined the ten smallest immigrant population states and determined that increasing the percentage of migrants going to the state would have an outsized negative impact on the economy and on the social fabric of the state.

You might be interested to know that ECDC is likely the smallest of the big nine resettlement contractors and generally over the years has kept a low political profile as others of the contractors, most notably HIAS, LIRS and Church World Service, were out making political noise and suing the Trump Administration.

However, much to my surprise Teferra took a public swipe at Trump here in July of 2020.

You will see in that post that the ‘non-profit’ organization is effectively a government agency as almost the entirety of its $13 million budget comes from you, the US taxpayers.