It wasn’t exactly a crowd in attendance at Greeley’s celebration of World Refugee Day on June 20th, and it really wouldn’t be worth writing about except for the fact that back in 2008 I created an entire category here at RRW to archive all of the news and controversy coming out of Greeley as the Somalis flowed in to work at massive meatpacking plants located in the area.

Meatpackers wanted the cheap refugee labor so desperately that they caved to demands for religious accommodation at many plants throughout the West and the Midwest.

I began following the controversy in my first year (2007) of writing this blog and today begins my 15th year.  Am I nuts?

I can’t say I’ve accomplished much other than creating a massive archive.

My category entitled ‘Greeley/Swift/Somali controversy‘ has 97 posts in it.  Anyone interested in writing a book about how giant globalist meat companies have changed America have their research done for them!

One little nugget I learned when I started writing about Greeley, which I visited in my 2016 travels to see meatpacking towns which experienced demographic change, was that Greeley has the dubious distinction of being considered the birthplace of Al Qaeda.

I wrote about Greeley’s dubious role here in 2008:

Enough of my trip down memory lane.

Here is the news about World Refugee Day with its focus on Somali refugee Abdi Adan who doesn’t work in a slaughter plant but works for the Lutherans to supply more Somali workers for globalist meatpackers in Colorado.

By the way, they are getting jazzed everywhere throughout the West as Biden promises 125,000 refugees from Asia, Africa and the Middle East will be admitted beginning in October.  See cheap labor needed in Idaho!

For new readers this is in addition to the millions flowing in illegally now.

From the Greeley Tribune:

A day dedicated to inclusivity, diversity and celebration

A Somali man assisted by Lutheran Family Services in his resettlement to Greeley now has a job with the agency managing other refugees’ cases.

Abdi Adan was one of several refugees who shared their stories Sunday at the annual World Refugee Day Celebration at Delta Park in Greeley. Adan spoke of past hardships, spending 18 years in refugee camps in Kenya before moving to the United States with his family. His children were awarded citizenship in 2019.

Adan praised Lutheran Family Services for helping him resettle to the United States. 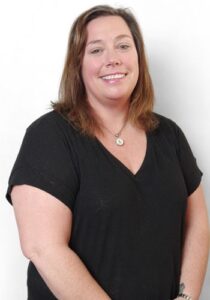 “Finally, I am very happy to be part of the LFS team who are dedicated to serve refugees,” Adan said Sunday. “My message to all refugees over the world, is to not give up hope no matter how long you struggle in refugee camps and just wait your chance for a better life.”

World Refugee Day is meant to make sure refugees know the community wants them, supports them and is a welcoming place for all different types of people, according to Immigrant and Refugee Center Executive Director Lisa Taylor.

The Greeley Tribune reports that about 50 people were in attendance to demonstrate that Greeley was “welcoming,” but one wonders where were the other 100,000 or so residents of the city.

And, by the way, it is worth mentioning the list of organizations putting on the party whose purpose was to continue to normalize the idea of changing the American heartland with the importation of diverse, and in this case, Muslim refugees.

Different organizations from the community — The Immigrant and Refugee Center, Lutheran Family Services, Soccer Without Borders, Trust For Public Land, the city of Greeley and High Plains Library District — collaborated to provide a memorable experience for attendees.

What the heck does the Trust for Public Land have to do with this?  They are a radical leftwing environmental group I know from my days of fighting to keep private lands out of the hands of the federal government.

Check out the pictures at the Greeley Tribune.

Sure looks like the “crowd” was mostly the volunteers for the groups putting on the event, but of course the newspaper is never going to tell you that!