Just when I thought I knew all the ways in which the federal refugee resettlement contractors were milking taxpayers, along comes ‘Switchboard.’

If the millions of dollars we dole out to nine refugee contractors isn’t enough, we, US taxpayers, are funding what is for all intents and purposes a federally funded Leftwing community organizing operation!

This story’s headline at WickedLocal (wth?) caught my eye.

Gee, what kind of forum was a Massachusetts mosque holding I wondered.

Here are a few snips from the beginning of the news account: 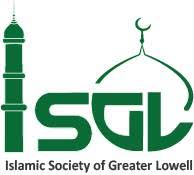 A forum held Nov. 14 at the Islamic Society of Greater Lowell mosque explored issues of immigration and refugees — including changes, challenges, and uncertainties.

The forum was sponsored by BRIDGES — the acronym for Building Respect in Diverse Groups to Enhance Sensitivity.

BRIDGES formed after the Sept. 11, 2001 terror attacks, explained Fatema Esmail, of the Anjuman-e-Ezzi Masjid in Billerica — a mosque that serves the area’s Dawood Bohra, a movement within Shi’a Islam.

Esmail said the organization began with a mission — “to start a better dialogue for understanding, between community leaders and government officials.”

Activities have included cultural sensitivity trainings for personnel at Logan Airport, and with police departments across the state, and across New England.

We will have to have a look at BRIDGES in the future, but here is what I was most interested in…

The federal Office of Refugee Resettlement sent a representative?

The federal Office of Refugee Resettlement (ORR) (this is Trump’s Department of Health and Human Services) is sending spokesmen out to forums like this and suggesting that everything should be fine and dandy (for more refugee arrivals) in New England as governors there would want more refugees.

But, Jason Crislip, “representing the ORR”, doesn’t work for ORR.

He works for David Miliband at the International Rescue Committee that has apparently recently created another avenue, called Switchboard, to siphon off more of your tax dollars!

These Leftist Open Borders groups are masters of deception as they create new groups, which is all fine and dandy as long as we aren’t paying for it!

Sadly, we are paying for Switchboard!

Here is WickedLocal on Crislip:

In addition, Crislip said a presidential executive order, issued Sept. 26, aims to provide state and local consent for the resettlement of refugees.

Not to worry assures Crislip, your New England governors will be on board with MORE refugees.

Governors of New England states have generally indicated support for local consent, said Crislip, who said, “This is a good thing for the refugee program in New England.”

The resettlement program will continue as normally until June 1, which [sic] expected changes take effect, Crislip said. Crislip said the Department of State has begun releasing some information to illuminate the changes.

June 1? What happens then? The Deep staters have their pipelines well established, and those of us whose communities will be changed by what they decide in Washington, DC will be the last to know!

I’m going to be paying close attention to Switchboard which is fully funded by you—the taxpayers through a $ 1.2 million grant from the Office of Refugee Resettlement.

Dear Stephen Miller, if you read RRW, check out this latest federal boodle going to community organizers working against the President!

Just think about that!

WE supply the funding and Open Borders agitators do what they want (in our name!).

Here is a recent story from their blog (a blog that you pay for!).

The Leftwing propaganda machine runs on stories, stories to tug on your emotions.  We need to be doing more of that with stories of our own like those I report at ‘Frauds, Crooks and Criminals!’ for free!