A story two days ago posted by Jesuit Refugee Service in Africa, joyfully reporting that things are improving in the DR Congo and refugees are moving home, reminded me to tell you where we stand with the movement of DR Congolese to American towns and cities.

However, you can bet the Congolese (numbering over 50,000) that our US State Department has moved to America are not going home!

In 2013 I reported that Obama’s top Refugee official at the State Department, Anne Richard, promised the UN that we would take 50,000 refugees from the DR Congo over a five year period.

Well, time is up!

From fiscal year 2014 to today we have admitted 58,999 and there is no sign of the migration stopping.

In fact, in the fiscal year just ended, the Trump Administration admitted 12,958 from the DR Congo, by far the largest ethnic group of refugees admitted.

I will bet the Trump officials have NO CLUE that number was to be capped at 50,000, but I remember!

This is a pattern I have observed over the last decade! 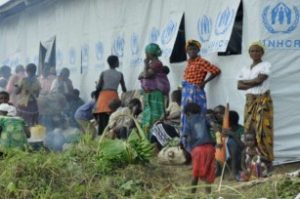 We tell the UN we will take a certain number and then the number is ultimately exceeded by tens of thousands and the wholesale movement of an African, Asian or Middle Eastern ethnic group continues long after it was supposed to end.

Do you know that most Americans are still under the impression that we take refugees until their country improves—Nope! Refugees are here permanently and on track to become voting citizens.

Here is where the nearly 59,000 impoverished, largely uneducated third world Africans have been placed. Data from the Refugee Processing Center. 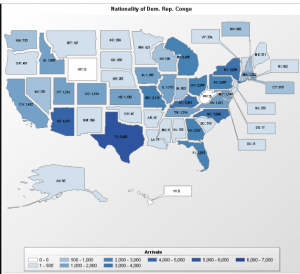 Since the numbers are difficult to read, here are the top ten resettlement states that have welcomed more poverty from Africa. 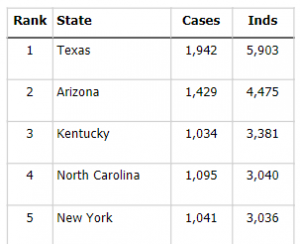 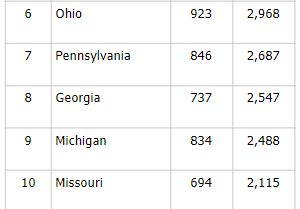 Missouri is a big surprise, it is rarely in the top ten in any category.

*** You should know that Anne Richard, former Obama Asst. Secretary of State for PRM was one of those arrested recently on the Capitol steps in an act of “civil disobedience” in support of more refugees. I’m guessing she is trying to stay relevant in hopes of returning to government when Trump is no longer President.

BTW, Trump never did place a political appointee (as Richard was for the Dems) at the helm of the Refugee Program and I think that was a mistake leaving the deep staters there to make mischief (and leak to the media via their old pal Anne!).