So good ol’ Joe isn’t going to be able to reach his 125,000 refugee admissions ceiling the way things are going.  (Most of the arriving Afghans are not legitimate refugees.)

A couple of weeks ago I checked the numbers at the severely limited Refugee Processing Center data base and noted that in the first month of the new fiscal year (October), Biden had admitted only 400 refugees from parts of the world other than Afghanistan.

Don’t get me wrong, I’m not crying about that paltry number, but I am really amazed by the dearth of criticism from the contractors and their leftist media chorus.  Oh, they are critical, but the tone of their criticism is muted apparently to protect their man in the White House, you know, the guy who got 81 million votes!

Muslim Afghans crowd out other refugees

However, I suspect there is one group of Americans who are jumping for joy and that would be CAIR members and other Islamists because the refugee program is not admitting a wide variety of ‘persecuted’ other religions, namely Christians, as the Afghans (demanding stuff) are virtually all Muslims.

(See the Center for Immigration Studies 2021 Refugee Resettlement Roundup and note that we are no longer permitted to see data on the religions of refugees.  We can’t entirely blame Biden for that since it was the Trump administration that closed much of the data base to the public.)

So, I didn’t get around to writing my post on the Biden refugee slowdown, but Vox did and I am posting it here because I doubt many of you bother reading Vox.  I don’t either, but it appeared in my alerts, so here it is below.

First, however, you might be amused to see what Vox said about me in 2017:

For a good laugh! Vox calls my 2015 Youtube video a "bizarro rant" and makes my day

Why Biden is struggling to revive the US refugee program

After the US refugee program hit historic lows during Donald Trump’s administration, President Joe Biden attempted to revive the program by raising the annual cap on admissions to 125,000. 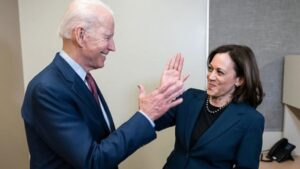 Despite these efforts, the US is still not taking in more refugees.

Tens of thousands of Afghans have arrived in the US since the American withdrawal from Afghanistan in August. The urgent need — and the lasting damage done by the Trump administration — has overtaxed a refugee program that has slowed to a crawl in recent months.

In fiscal year 2021, which ended in September, the US resettled the lowest number of refugees in the history of its refugee program. Recently, the State Department reported the US resettled just 401 refugees in October, down from 3,774 the month before, one month after Biden’s new cap went into effect.

A State Department spokesperson told Vox that the agency had temporarily halted refugee admissions as of October 29 through January 11, 2022, with some exceptions.

At the current pace, the US won’t come within striking distance of the 125,000 cap by the end of the fiscal year — and, given the State Department’s new refugee guidance, it’s unlikely that refugee agencies will be able to expand capacity to ramp up that pace soon.

There are legitimate reasons why the recent resettlement numbers are so low. The US government and refugee agencies have been primarily focused on resettling Afghans who fled their home country amid the US withdrawal. And the entire refugee apparatus — from the federal officials who assess refugee claims to the agencies that help with resettlement — shrank significantly during the Trump administration due to severe funding cuts.  [Nah!  I told you here that they all didn’t take a financial “beating.” —ed]

About 70,000 Afghans have been admitted to the US on “parole,” a temporary form of humanitarian relief that allows them to apply for work permits and shields them from deportation for a period of two years.  [Then what???—ed]

Keep reading and look around at news stories (my inbox is full of them) on the refugee program and how the Afghan flood has created chaos especially as housing is limited, jobs are limited and welfare is limited and the contractors are scrambling to cope with the chaos Biden (their man) has handed them.

For new readers, here are the contractors that monopolize all refugee resettlement in America: