Credible fear of persecution by drug cartels, they say!

Whether it’s Italy, Malta, Greece, Germany, Australia, Israel, the US, every illegal alien in the world has caught on to the magic words—-I want asylum.  Worldwide, that word is in vogue!  And, it’s no surprise the aliens are being taught the proper terminology. 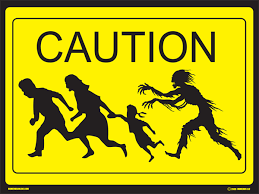 Hundreds swamped a US border crossing with Mexico this week saying they wanted protection from the drug cartels in Mexico.  I don’t think most will be granted asylum in the end, but at the moment they have their feet in the door and that is all that matters as the Congress moves along (albeit at a snail’s pace) to get the Gang of Eight’s (Obama’s!) amnesty passed and signed into law.

A loophole is allowing hundreds of immigrants across the Mexico border in to the United States.

Immigrants are being taught to use “key words and phrases” to be allowed to enter and stay in the country.

Just this past Monday, Border Patrol agents say about 200 people came through the Otay Crossing claiming a quote: “credible fear” of the drug cartels.

So many were doing this that they had to close down the processing center and move the overflow by vans to another station.

“They are being told if they come across the border, when they come up to the border and they say certain words, they  will be allowed into the country,” said a person who did not want to be identified on camera.  “We are being overwhelmed.”

Here is the part of the story I found most informative. They are being released into the community:

“To make our system even more ridiculous than it has been in the  past,” he adds.  “There are no detention facilities for families, so the family would have to be split up. We don’t want to split families up, so we end up releasing people out into the community on bond, on bail.”

“There has to be a policy change, something implemented, an emergency implementation that will stop this, or otherwise we will have thousands coming in.”

We have an entire category entitled ‘asylum seekers’ with over 400 posts archived there.  You need only scroll back through the last few days or weeks to see a trend!

BTW, once granted asylum, the new legal “refugees” will get all of the welfare benefits that are available to refugees the US selected abroad.   See our updated fact sheet here for an outline of the whole program.

The other day I posted on the Israel-bashing by American Jewish elitist Leftwingers here.   Now I see that a WaPo reader from Maryland has some good questions for the pair of refugee advocates.

This letter to the Post is from Melvin Farber of Silver Spring:

In reading the Aug. 4 op-ed “Strangers in Israel,” I wondered what point authors Eric P. Schwartz and Mark Hetfield were making. The column wasn’t a call to action by the United Nations, the United States or the world to help Eritreans. Except for two sentences about Sudanese refugees in Egypt, it didn’t ask why Eritreans weren’t seeking asylum in the Arab world, on the African continent or in the Muslim and Christian worlds. The point seemed to be to single out Israel for criticism.

The authors singled out Jews for not living up to the authors’ view of Judaism, as mentioned in the Bible or as promoted by Israel in general terms about refugees. There are more than 190 countries in the United Nations, representing 7 billion people, living on nearly 58 million square miles of land. Israel has a population of about 7 million, living on 8,300 square miles of land. Why are these authors not criticizing the world, the United Nations, the United States, the Arab League, the European Union, the African League, the Christian world or the Muslim world for the tragedy in Eritrea and elsewhere and the plight of their refugees, rather than criticizing Israel?

Yes!  I’ve never heard this pair say boo! about Saudi Arabia for instance when that country sends asylum seekers packing! I repeat:  Why do they hate Israel so much?  Or, like good hypocrites everywhere on the Left, are they just using the refugee issue to bash Netanyahu?

They will be pushing for passage of the Comprehensive Amnesty bill (the Gang of Eight’s bill) that is presently stalled in Congress.  If S. 744 is signed into law, or some form of it, there is expected to be a big cash payout (aka slush fund) to the refugee contractors whose job it will be to get the newly legalized aliens signed up for social services (an extension of what they do now for refugees).

Here is what CWS says on its website about the October lobbying push (day 1: they get everyone on the same talking points, and day 2:  they hit the Hill):

Our goal is to gather more than 200 prominent national and local faith leaders from key states together in Washington, D.C. on October 7 and 8.

These pastors, lay leaders and grassroots organizers will join together for a day of learning and community. Strategic workshops will address immigration legislation and provide an opportunity to commit to advocating with policy makers.

Their agenda for the two days is here.

I wouldn’t be surprised to find that others among the major federal refugee contractors were also holding events in Washington around that time.   For new readers who might be wondering, the contractors and the feds (holding on to a myth I suppose) refer to these groups as Volags (short for Voluntary Agencies). However, they are now largely paid to do their ‘good works’ by you—the US taxpayer.

Just a reminder, it is Church World Service, as a member in good standing of the religious Left, which brought the Muslims to Lancaster, PA (see report yesterday).   That is why this post is also filed in our “community destabilization’ category.

Update August 16th:  The Wall Street Journal has a story, here, about gay Russians who seek asylum in the US.

There is a story from Canada yesterday that got me thinking that this could be the next big scam for Russians to get into the US and Canada.  Earlier generations of Russian “refugees” claimed religious persecution in the old Soviet Union and that bought them a ticket to America.

Will Russia’s newest laws discouraging homosexual behavior produce the next wave?   And, here is what I’ve wanted to know ever since the US refugee contractors began their campaign to resettle more gays/lesbians—how do you know if he or she is lying?  Are we going to have witnesses in the bedroom or simply take their word for it?  Or, here is an idea, we could have people with finely honed ‘gaydar’ detection abilities interview them (I can hear the howls from our PC readers!).

From The Vancouver Sun:

A Vancouver immigration lawyer says he has seen a jump in business from Russia after new anti-gay laws came into force.

While it’s still too soon to say whether a crackdown on homosexuals in Russia will result in a spike in refugee claims from that country, lawyer Ron Hughes, who specializes in gay and lesbian asylum claimants, is beginning to notice a difference.

Hughes handles a few dozen lesbian, gay, bisexual and transgender (LGBT) cases a year and the last time he had a Russian client was before the fall of the Soviet Union – until now.

Go to the article and read more details of recent asylum cases in Canada.  However, this, near the end, was of interest to me.  Whenever I see lists like this, I wonder how the Far Left (great advocates for gay rights) actually works side-by-side with the Islamic agitators in the US like CAIR.

As a matter of fact, gay activists in the US should be working side-by-side with conservative judicial warriors fighting to keep Shariah law out of American courts!

Homosexual criminality 75 countries consider consensual sexual acts between adults of the same sex to be a criminal offence: Punishable by death: Iran, Mauritania, Saudi Arabia, Sudan and Yemen, and parts of Nigeria, Gambia and Somalia.

Note 1: Jamaica has some of the toughest sodomy laws in the world short of the death penalty, with homosexual activity carrying a 10-year prison sentence.

Ho hum!  What else is new!  From Australia to Europe they are burning down detention facilities and demanding to be let in to Western countries.

The latest from Greece, from AFP  at The Raw Story (in the European press, “Asian” is code for “Muslim”):

Riot police were dispatched on Saturday to put down a riot at Greece’s main migrant detention camp where detainees hurled stones at officers and set fire to their living quarters, authorities said.

Television footage showed fires blazing at the Amygdaleza detention camp outside Athens, where some 1,200 mainly Asian migrants are kept under police guard.

“We have 10 police officers injured by stones and other objects thrown at them,” a police spokesman told AFP.

Greece is a major entry point into the European Union for migrants and refugees fleeing war-torn or impoverished countries in Africa, the Middle East and the Indian subcontinent.

The photo is from this 2012 story about another detention center uprising.  But, check out the shirtless guy—does he look more like a starving “refugee” or an Islamic soldier fit for war?  Compare him to the photos at Bare Naked Islam of the “refugees” arriving in Australia, here.  They must all be working out in Allah’s Afghan gym.