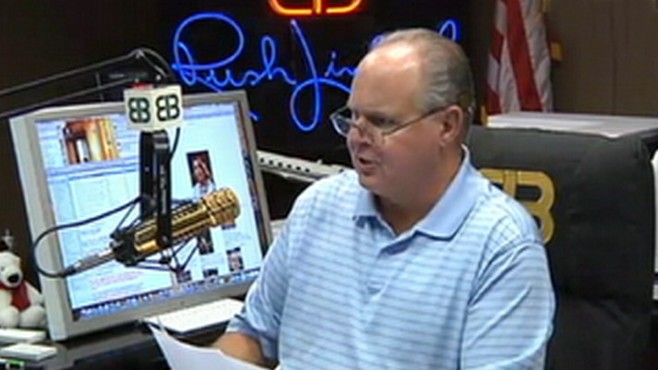 I caught a bit of Rush Limbaugh’s discussion today of the story we reported yesterday—-the one about “asylum-seekers” flooding the US border one day last week.  All said the same thing, that they wanted asylum because they had a credible fear of persecution by Mexican drug cartels.

This idea is not new.  I checked our archives and see that in 2012 we wrote about a Texas immigration lawyer working to expand the definition of asylum to include people some call “narco refugees.”    Immigration lawyers like Carlos Spector, and he is not alone, are looking to fatten their wallets while changing America.

Imagine if lawyers like this guy prevailed, we would have people on the border expecting to be granted asylum from every crime-ridden country in the world!

***Update*** Looks like the O-man has already expanded the definition, here.

***Update August 13th***Commenter to this post, pungentpeppers, alerts us to more on the story—we give them hotel rooms and all are not Mexicans!

Here (below) is some of what Rush had to say.  He doesn’t get all the nuances of the asylum process, but that doesn’t matter.  The words “asylum” and “refugee” were heard by millions of listeners who may in the future pay a little more attention to what I believe has been an immigration law (Refugee Resettlement Act of 1980 thanks to Carter, Kennedy, Biden) misused and abused by too many, for too long.

If Rush only knew that the Obama–Gang of Eight amnesty bill will make receiving asylum easier and put more cash in the pockets of the refugee contractors whose job it is to hook the new refugees and asylees up with social services he would probably have a heart attack.  (See Rand Paul: “They bring’em in and sign’em up for welfare!).  And, don’t tell him those same contractors, largely funded with tax dollars, are also busy lobbying for passage of S.744!

“Just this past Monday, Border Patrol agents say about 200 people came through the Otay Crossing claiming a quote: ‘credible fear’ of the drug cartels.  So many were doing this that they had to close down the processing center and move the overflow by vans to another station.  ‘They are being told if they come across the border, when they come up to the border and they say certain words, they  will be allowed into the country,’ said a person who did not want to be identified on camera.  ‘We are being overwhelmed.’  Pete Nunez, former U.S. Attorney and immigration expert says, ‘This will swamp the system.’ ‘To make our system even more ridiculous than it has been in the  past,” he adds.  ‘There are no detention facilities for families, so the family would have to be split up. We don’t want to split families up, so we end up releasing people,'” out into the wild, essentially.

So what this essentially is, folks, is refugee status.  And refugee status is about the best status you can have, living in America.  Being a refugee is right up there with being a citizen, because benefits for refugees include food stamps, housing vouchers, English language training, job training, transportation passes, Medicaid, supplemental security income assistance, SSI, as well as other public and private benefits.  I mean, the Tsarnaev family were refugees.  They landed in America either at Logan or JFK, and they claimed asylum.  And that’s all you have to do.

And then he said this—-the Syrians are coming!

Now, look, we’re already taking in thousands upon thousands of Mexicans and Hispanics, and there’s a companion story here about Syrian refugees are now pouring into the United States.  And there hadn’t been anything signed.  There’s no new immigration bill.  All this happened, the Republicans didn’t sign on to some 1,000 page bill.  There are plenty of laws on the books to overwhelm the country with new immigrants without any amnesty bill taking place.  So while we’re all debating that, this new influx just continues.

Read it all!  Limbaugh links this story to one about taxpaying Americans fleeing the country.

The story basically says—-If only the uneducated boobs among the public were better informed they wouldn’t fear that their country was being “invaded.”

Longtime readers know that we have been following the plight of the tiny Mediterranean island nation of Malta as it has been overwhelmed for years with boat people (asking for asylum) from Africa—-most recently the flood is a result of the glorious Arab Spring and the US-supported (US-driven!) ouster of Gaddafi in Libya.

Our interest in Malta is two-fold.  First, as much as I hate the worn-out phrase ‘canary in a coal mine’ that about sums up what Malta represents, and secondly the US State Department (egged on by their Jesuit friends on Malta) is transforming Malta’s illegal aliens by the hundreds into “refugees” destined for your town!

Seems that a major news outlet on Malta—-Malta Today—did a survey and found that shock-of-shocks, the general public is feeling invaded.

Here is a bit of the story:

MaltaToday survey indicates that a majority of respondents (55%) support the pushback policy.  [Go here for some of our coverage last month of the proposed push-back policy.—ed]

The MaltaToday survey held this week reveals that the greatest concern the Maltese people have about migration by ‘boat people’ is the fear of being ‘invaded’ or seeing their country ‘taken over’ by migrants.

The survey indicates that a majority of respondents (55%) support the pushback policy considered by the new Labour government in July, before the European Court of Human Rights stopped any such action. It had already ruled such a policy illegal when practised by Silvio Berlusconi’s right-wing government in Italy.

Support for pushbacks is particularly strong among Labour voters and those lacking a tertiary education.

LOL! It is my experience that the less-formally-educated country class (working class) on whole are much smarter when it comes to mass immigration then their “tertiary-educated” and politically-correct fellow citizens.

The photo is from this story, although there is no caption, this must be the boatload of Syrians referred to in the article.

* Correction, a reader has reported this boat actually landed in Sicily.  Malta has only gotten a few Syrians, most arriving there are Africans.