A few years ago I was thrilled that Senator Rand Paul publicly challenged the UN/US State Department Refugee Admissions Program. He even said for publication:  Why are we bringing Iraqi refugees here and putting them on welfare!


This happened as it became known that two Iraqi refugees had been arrested and ultimately convicted of terrorist activity in Kentucky.  However, he drifted away from the issue as his Presidential aspirations became clear.
Now, it looks like he is thankfully taking up the cause again as Breitbart reported here yesterday (via Creeping Sharia and hat tip: Paula):

Paul said in an interview backstage at a rally his presidential campaign is holding inside the Hyatt Regency here in downtown Houston:

I’m very concerned about immigration to this country from countries that have hotbeds of jihadism and hotbeds of this Islamism. There was a program in place that Bush had put in place—it stood for entry-exit program from about 25 different countries with a lot of Islamic radicals, frankly. I think there does need to be heightened scrutiny. Nobody has a right to come to America, so this isn’t something that we can say ‘oh their rights are being violated.’ It’s a privilege to come to America and we need to thoroughly screen those who are coming.

The alleged shooter in the Chattanooga incident—which claimed the lives of four U.S. marines, whom he allegedly murdered in the terror attack—was named Muhammad Youssef Abdulazeez. The 24-year-old was born in Kuwait and immigrated to the United States before he opened fire in Chattanooga, killing four Marines.

Paul also told Breitbart News about another similar incident regarding foreigners from the Middle East who were placed in Kentucky via immigration programs for refugees—and tried to, before getting caught, buy military grade missiles.

Go to Breitbart for the rest of the story…..
See all of our coverage (both positive and negative) of Senator Rand Paul on refugees by clicking here.

It took the death of Kate Steinle at the hands of an illegal alien a few weeks ago to direct our attention to the shameful border situation, and now it seems the death of five of our finest just might get a discussion started about our LEGAL immigration policies that allow 100,000 or more Muslims to enter the US each year. 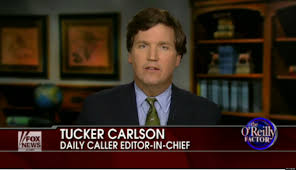 Tucker Carlson, host of “Fox & Friends Weekend,” suggested Friday that the U.S. should look at who it allows into the country in light of the murders of four Marines at a military facility by a Kuwaiti-born Islamic radical in Chattanooga, Tenn.

Carlson said that should a correlation occur, a review of the current immigration policy and a political discourse are in order, “Maybe we do it in a non-heated way, a way that does not demonize anybody but in a way that acts in America’s interests.”

Carlson said political correctness was the reason that critics use to discourage discussion that could offend a group of people: “You will not hear that conversation and it’s really a shame.”

Let’s talk about a moratorium!


Any of you reading this and still saying to anyone who will listen that “illegal immigration is bad, but legal is good,” please stop saying it because it shows you don’t know what you are talking about!
Our LEGAL immigration policies and programs are a disaster and this week’s Chattanooga slaughter should be a wake-up call to every sane citizen.
Thank God, Senator Jeff Sessions is now saying what we have been saying for years!
His piece entitled, Homegrown Terrorism ‘Made Possible by Unwise Immigration Policy’, is posted here at the Weekly Standard.   After listing myriad cases of terrorism perpetrated by LEGAL refugees and immigrants he wraps up with this:

It is time to affirm some fundamental but forgotten principles that will enhance not only our security but also our social and economic well-being:

· We are under no obligation to admit anyone to the United States.

· Immigrants selected for admission should be expected to be financially self-sufficient and chosen because they are likely to succeed, thrive, and flourish in the United States.

Call Senator Sessions and urge him to hold hearings on the UN/US State Department Refugee Admissions Program with an eye to throwing it out altogether.
He is chairman of the Senate Judiciary Committee, Subcommittee on Immigration and the National Interest, here.   I see Senator Ted Cruz is on this subcommittee, tell him he needs to get on this issue ASAP if he wants your support in his 2016 run for the Presidency.

On Monday I’ll be talking to a group in Ohio and so for those folks I’ve gathered some information on a state that seems to be newly targeted by Obama’s friends at Welcoming America.  I first told you about that here in July 2013, and again here yesterday.

Ohio has been receiving over 2,000 refugees a year since 2012, and all told in the last ten years it received 21,230.  (See data base here.)  I was surprised to find it that high.  For comparison Delaware hardly gets any (zero in 2014) and Texas is getting over 7,000 a year.
In fiscal year 2014, Ohio received the 7th highest number of refugees in the country.
The Obama Administration and the politically Far Left federal resettlement contractors probably recognize the electoral value of Ohio, so they want to make sure it becomes a reliably Democrat-voting state.
The states higher on the 2014 list than Ohio (2,815) in the last fiscal year are in descending order:  Texas, California, New York, Michigan, Florida and Arizona.
In the ten year analysis, the Bhutanese (6,607) saw the highest number of their ethnic group settled in Ohio followed by Somalis (5,611). Iraqis were next with 2,617.  Remember though that especially with the Somalis, Ohio likely saw the Somali number increase more rapidly as secondary migrants (resettled elsewhere in the US) went to mostly Columbus to join their fellow Somalis to establish a large Somali enclave there. The secondary migrants are not reflected in that 5,611 number.
The years with the highest number of Somalis resettled were 2005 and 2006 (Bush years!).
Most Somalis were resettled in Columbus (over 4,700 of the over 5,000) with Cleveland getting 322 directly resettled there from Africa.  But, interestingly 21 other towns and cities got Somalis, albeit in smaller numbers.
Remember the Columbus subsidized housing riot in 2012!  How would you like to see this in your home town?

The resettlement contractors and cities they are colonizing…

For new readers there are nine major federal contractors.  Five of the nine dominate Ohio.  Here is a handy list to find their contact information. (The ORR list is not just for Ohio, but for the whole country.)

US Committee for Refugees and Immigrants works in Akron, Cleveland

US Conference of Catholic Bishops works in Cleveland, Cincinatti and Dayton

Church World Service is in Columbus

World Relief is in Columbus

Go here for all of the posts we have written on Ohio over the years.  They had a recent terrorist arrest case there (Somali of course!).
And be sure to see my previous post on employment outcomes for refugees.  Ohio’s employment numbers are pretty abysmal!