Just a quick note from Down Under—-this is what happens when western countries “welcome” the opposing factions of Islam to live among us.  This conflict has been going on since the year 632 and isn’t going to end any time soon.

A reminder:  We (the US) will soon be bringing in mostly Sunni Muslim Syrians from UN-run camps in the Middle East (5,000 in the pipeline).  I don’t know, but will try to find out, if the majority of Iraqis we are bringing now (among the 20,000 or so in the last year alone) are Sunnis or Shiites (I am guessing mostly Sunni). 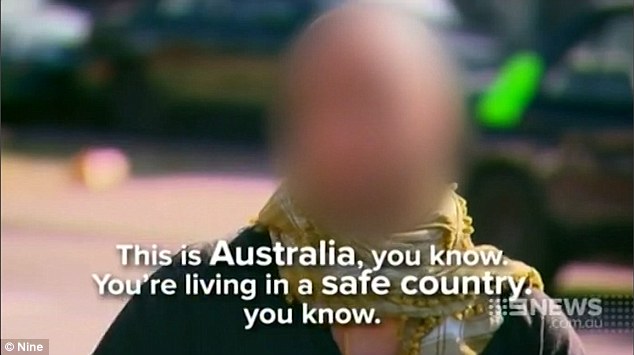 Fear of revenge attacks follow the shooting of a Shiite Muslim in a drive-by attack in Sydney’s south-west.

Rasoul Al-Musawi was closing up an Islamic prayer centre on Rosedale Avenue is Greenacre when the attack occurred, with friends claiming he was targeted targeted by people claiming to be supporters of Islamic State.

Mr Al-Musawi was shot in the face and shoulder while he was with his wife and four of his children at the Husainiyah Nabi Akram centre.

Mr Al-Musawi’s friend – who did not wish to be named – is a Shiite Muslim and said the shooting in Greenacre was motivated by the sectarian struggle in the Middle East.

‘They called us “Shia dogs” and they threatened to come back down tonight and kill you, shoot you, whatever,’ he told ABC Radio on Monday.

The man said they had taken no notice of the threats made on the night of the shooting – which also included ‘IS lives forever’ – but then he received a phone call saying his friend had been shot.

There is more, and more photos, here.

We have 148 previous posts about Australia, here.  They have their problems with refugees and phony asylum seekers, but at least there is a serious effort underway by the present government to stem the illegal flow to Australia.