I hope you caught Glenn Beck’s Blaze TV tonight and Beck’s interview with Mr. Open Borders himself Grover Norquist (hat tip: Kelly).  We have a large archive on Norquist the Washington Republican political guru and friend of Karl Rove who many believe (and Beck confirms) has a wide variety of questionable Muslim Brotherhood-connected friends.

Go here to Blaze TV and look for a replay.  For a sharp Washington-insider Harvard grad, Norquist looked pretty wobbly.  And, Beck had clearly done his homework.

Our interest in Norquist began in 2007 when he was pushing his ‘conservative’ pals (at his famous Wednesday meeting) to support an expanded Iraqi refugee resettlement program.

More recently he lined up a stellar list of Open Borders Republicans to push for more refugees to America generally (presumably looking for cheap labor for his industry clients).  See our report here.  His list of fellow refugee pushers included Jeb Bush.  We only ever saw the ‘big’ news at Human Rights First!

I wonder does Glenn Beck know that when he gave his famous chalk board to Grover (Americans for Tax Reform) after Beck’s CPAC speech in 2010 that Grover put it in a closet in his office and obviously made sure a reporter knew about that!

This is from Potomac Tea Party Report dated March 26, 2010 (exactly 5 years ago today!) and it’s a good thing I captured the text of the story from the Washington Examiner, because the linked article is now gone.

Here is a very telling little bit of information from the Washington Examiner yesterday.  Seems that when Glenn Beck gave the keynote speech at CPAC  this past February he gifted his chalk board to Americans for Tax Reform.  But, after making a show of its arrival at ATR’s famous Wednesday meeting, ATR President Grover Norquist has since banished it to a closet. 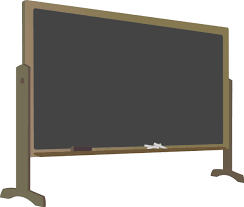 Put it in the same category as those cat sweaters your grandmother would get you every Christmas.

Fox News pundit Glenn Beck gifted his infamous chalkboard to the Americans for Tax Reform at this year’s Conservative Political Action Conference for use during its Wednesday meetings.

It’s the thought that counts, right?

“Every Wednesday in Washington, all the conservatives meet to decide what they should be doing in the weeks ahead,” David Keene, chairman of the American Conservative Union, said to close Beck’s speech. “This is going to be going to the site of the Wednesday meetings to remind us what we should be doing in the weeks ahead, and it will be put to use there.”

And just as Keene said, within days a courier delivered the large chalkboard to the downtown location of Americans for Tax Reform.

But was it actually put to use?

Well, it’s sitting in an audiovisual equipment closet attached to the conference room that hosts about 200 people every week.

I guess he still isn’t!

If you are angry (about the tension in St. Cloud) and want one entity to blame, it is Lutheran Social Service of Minnesota, the primary federal refugee resettlement agency working in St. Cloud!

That supposedly ‘Christian’ charitable organization is directly responsible for the high Somali numbers in St. Cloud, and they are jointly responsible for bringing over ten thousand Somalis from around the world to colonize Minnesota towns in the last ten years alone—Catholic Charities and World Relief MN (now Arrive Ministries)*** helped also.  Of course they have brought many more than 10,000 in over two decades and not just Somali Muslims!

Rumor has it that 1,500 new Somalis are going to be resettled by the Lutherans in St. Cloud this year.  (This is part of former Rep. Michele Bachmann’s district!)

These three ‘Christian’ phony non-profits (phony Christians!) could stop the US State Department’s further seeding of the state if they just said NO!  We won’t resettle any more Muslim ‘refugees.’   But they don’t!  Why?

Why? Because it is big business (as we learned from Lutherans in New England)!  They dare not challenge their sugar daddy—the federal government!  And, they must be afraid of the growing power of the Islamists and the Islamist front group—Council on American Islamic Relations (CAIR)—which they are responsible for unleashing on the city of St. Cloud.

So how much money does it take to buy the Lutherans?

We went to a recent audit linked on their website and here are some numbers we found (audit ending September 30, 2014):

That makes them 89% government funded!  That is a government agency not a charity, and surely not a ‘Christian’ charity!

The progressive ‘religious Left’ is living off of the US taxpayer!

Salaries and payroll accounted for $57,929,172 of your money—your tax dollars for that one year!

Jodi doesn’t pull down a salary as high as Peterson (LOL! War on women?) her predecessor did, but it is fairly substantial none-the-less as we learned from a recent Form 990.  She was compensated with $280,812 and an additional $42,495 came from related organizations (whatever that is!).

They have 8 other employees making over six-figure salaries!

Go here for the others in leadership at Lutheran Social Service of Minnesota responsible for building the aggressive and demanding Muslim population of the state.

And if you are looking for more people to blame for what is happening to Minnesota, here is the Board of Directors (do you know any of them?):

The main office of Lutheran Social Service of Minnesota is here (below).  It is time to let them know how you feel, to put the pressure on the organization directly responsible for disrupting St. Cloud.

And, according to the US State Department’s handy list of contractors the St. Cloud Lutheran resettlement agency office is here:

One more thing!  Tell Rep. Trey Gowdy what he has in store for his community if a refugee resettlement site is established in Spartanburg, SC.

See our complete archive on St. Cloud here.  And, click here, for an enormous archive on Minnesota.  See especially our earliest post (2011), and one of our top posts of all time, when we first learned of the three ‘Christian’ groups swamping Minnesota with Somalis at the behest of the US State Department.

*** An indicator that the heat is on some of these phony Christian organizations is that they are changing their names.  Note that World Relief Minnesota is now Arrive Ministries and Lutheran Social Services of New England is now Ascentria Care Alliance (here).