That is one of the latest Leftwing media attacks on the President, but when I saw this headline (below) my reaction was WOW! that would be great!

But, before I get to the news (a change of pace from the daily dribble of reports about weak-kneed Republican governors who have no hope of ever being brave leaders like Viktor Orban, or Donald Trump)—-Happy New Year!

And, thanks to all of you who have come back to the newly reconstructed Refugee Resettlement Watch after efforts by the Leftists to delete my work from the internet failed earlier this year.  Also, I very much appreciate letters and e-mails expressing support even if I don’t always have time to answer, and many thanks for donations that have come my way.

This morning I wanted to chuckle a little and so had saved for today this New York Mag story from the day after Christmas by political commentator Jonathan Chait famous for having gotten it hilariously wrong about a possible Trump presidency in 2016.

Chait said smugly in February of 2016 that liberals should welcome Trump’s candidacy, a story that was smacked down here as one of the ten stories of the 2010s that should never have been published:

Chait’s immensely confident take on why the Democrats should support a Trump nomination is a humiliating crystallization of the wrongheaded thinking that propelled him to the White House: he asserts that Trump would easily lose (wrong), that he might force the Republicans to rebuild their party (wrong), that his presidency would do less harm than a conventional Republican (wrong) and might even do some good (WRONG!!!), that Trump’s presidency might end up like Arnold Schwarzenegger’s California governorship (wrong, and based on nothing besides “they were both celebrities”).

In addition to wanting a break from dreary domestic refugee policy, I wanted to get back to a bit of news on one of my favorite topics—the Invasion of Europe. 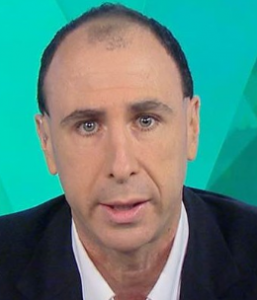 Here is the ever astute Jonathan Chait (pretending to get inside Trump’s head) opining on how Trump wants to be an AUTHORITARIAN like Hungary’s Orban, or so Chait says of Orban.

AUTHORITARIAN must be a word selected as a Progressive talking point for 2020!

And, in case you don’t get it after the first or second time the word AUTHORITARIAN is offered, Chait uses the word ten times in its various forms to make his point.

For several years, Hungary has been the name American liberal intellectuals have given to their worst domestic nightmares. Hungary’s president, Viktor Orbán, has fashioned an apparently permanent majority for his conservative Fidesz Party by wielding the levers of the state to marginalize the social, political, and legal power of his opposition. American conservatives are now becoming fascinated in equal measure with Orbán’s Hungary. The liberal nightmare of an authoritarian America is becoming the conservative dream.

Orbán’s attacks on liberal democracy long predate Donald Trump’s candidacy. Five years ago, Orbán delivered a famous speech denouncing liberal democracy (“liberal values today incorporate corruption, sex, and violence”) and promising an alternative. To the extent American conservatives paid Orbán any attention then, it was to denounce him, perhaps while throwing in a swipe at the Obama administration for failing to confront him forcefully enough. The Republican Party’s growing defense of Orbán is a window through which we can glimpse its slow descent into authoritarianism. [Ha!  I doubt the Republican Party is defending Orban!—ed]

You get the drift of where this is going, read it yourself.

He wraps with this paragraph suggesting that any of us who are concerned about immigration and its impact on western civilization are really just hankering for AUTHORITARIAN control.

Even so, the appearance of Orbánism on the American right is yet another sign that the most dangerous undercurrents of the Trump era are not particular to one buffoonish septuagenarian reality television star. Trump has brought out a strain of authoritarianism on the right that will survive his presidency. Whether or not Trump succeeds in his transparent goal of becoming America’s Orbán, he will not be the last to try. [There is no one on the horizon who will come close to trying, sadly—ed]

Now, here is the primary reason for Orban’s popularity, something that Chait barely mentions (from Politico in 2015):

Interesting that in Chait’s polemic there is only a tiny mention of why Orban is so popular at home and admired by many here, and that is his dogged defense of his borders, his people, and his fight for western civilization and a Christian Europe.

So if indeed President Trump wants to be more like Orban, he needs to work a little bit harder in 2020.

See my complete file on the Invasion of Europe by clicking here.  And, go here, for my previous posts on my hero—Hungarian Prime Minister Viktor Orban.

One thought on “Leftwing Writer: President Trump Wants to be Like his Idol Hungary’s Viktor Orban”