His Bishop made him apologize for remarks that the Catholic hierarchy says are not “reflective of the Catholic Church’s teaching on Islam.”

(Be sure to watch the video too! H/T Jacqueline)

Lonsdale priest apologizes for anti-Muslim remarks made during homily 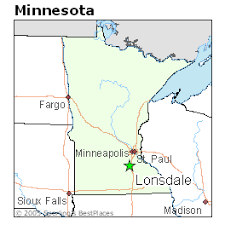 LONSDALE, Minn. (FOX 9) – A Minnesota priest has apologized for comments he made about the Muslim faith during a service in Lonsdale.

Wednesday it was calm and quiet outside of the Church of the Immaculate Conception in Lonsdale, but what happened inside the doors during a recent Sunday homily has some people incredibly upset.

Jaylani Hussein, executive director of CAIR-Minnesota, spoke out after audio of that Sunday sermon was shared on a blog and picked up steam online.

The priest’s comments about Muslims were the focal point.

“More specifically, we should not allow large numbers of Muslims asylum or immigration into our country,” said Fr. Nick VanDenBroeke in the recording.

“Islam is the greatest threat in the world to both Christianity and to America.”

“Of course, there are peaceful Muslims, absolutely,” he added. “But the religion as a religion and as an ideology and worldview, it is contrary to Christ and America.”

Others see those words as a big step back in building interfaith relationships.

“I think there are real consequences to these types of behavior and I hope someone who listened to that does not become more radicalized where they see Muslims as a threat and they become a threat to Muslims,” said Hussein.

Then here Fox 9 published the remarks for which Father VanDenBroeke apologized.  I’m posting this so they don’t disappear.  Heck if there was a priest like this near me, I might rush back to the church!

Both as Americans and Christians we do not need to pretend that everyone who seeks entry into America should be treated the same. I believe it’s essential to consider the religion and world view of immigrants or refugees more specifically we should not allow large numbers of Muslims asylum or immigration into our country.

Islam is the greatest threat in the world both to Christianity and to America – of course there are peaceful Muslims, absolutely, but the religion as a religion and as an ideology and world view it is contrary to Christ and America.

I am not saying we hate Muslims, I am absolutely not saying that, they are people created out of love by God just as each one of us is. But while we certainly don’t hate them as people we must oppose their religion and world view.

And if we want to protect our great country, not only as a Christian nation but also as the land of the free then we must oppose the immigration of Muslims, that’s an example of keeping bad ideas out of the country that we have the right to do as a sovereign nation.

I’m simply a realist to acknowledge that fact, they are the greatest threat to Christianity and America and we need to recognize that fact and our laws of immigration need to reflect that.

Astounding, simply astounding!  Maybe the President should invite him to the White House or the State of the Union!

Don’t miss the ‘Church Militants‘ report on the issue.

The President is busy!

Not letting the impeachment show slow him down, yesterday, the President, in an abundance of caution, added more countries to the so-called travel ban bringing the total to 13 countries to see travel curtailed to the US.

However, as in the case of the first ban, refugees are exempt.

And, let me say here, if any of the nine federal refugee contractors (whose salaries we, taxpayers, pay) run out and hire lawyers or even open their mouths in opposition to protecting our safety when refugees are not banned, then they show themselves as nothing more than partisan anti-Trump agitators advancing an open borders agenda while hiding under their white hats of phony humanitarianism.

Here is my post from last month about the proposed ban.

Last month I also mentioned the upcoming travel restrictions at ‘Frauds and Crooks’ because over at that blog I have an extensive archive on Nigerian crooks and killers and Nigeria is included in the new Presidential order.

Trump expands long-standing immigration ban to include six more countries, most in Africa

President Trump added six countries to his administration’s travel ban Friday — including ­Nigeria, Africa’s most populous country — in a widely anticipated expansion that Democrats blasted as “clearly discriminatory” against people from predominantly black and Muslim nations.

Citing national security concerns, officials at the Department of Homeland Security and the State Department said Trump’s proclamation would bar most citizens of Nigeria, Eritrea, Myanmar and Kyrgyzstan from coming to work and live in the United States. Two nations, Tanzania and Sudan, would be banned from applying for the visa lottery, which issues up to 50,000 visas a year worldwide to countries with historically low migration to the United States. [Maybe in Trump’s next turn we can get this insane visa lottery killed.—ed]

Added to robust measures at the U.S. southern border that have curbed Central American migration in recent months, the targeting of immigrant visas also allows the president to advance his goal of reducing family-based migration. [Also known as chain migration—ed]

Trump, in a proclamation issued Friday, said the countries were chosen after an extensive evaluation that examined travel security and measures, and national security threats in dozens of countries; those that made the list were chosen from a recommendation that U.S. officials made in January.

“The six additional countries recommended for restrictions in the January 2020 proposal are among the worst performing in the world,”Trump said in the proclamation, but he said he was encouraged by their “willingness to work with the United States” to correct the deficiencies.

Refugees from the six countries are exempt from the ban.

The current ban prohibits immigrant and most temporary forms of travel to the United States for citizens of Iran, Libya, Somalia, Syria, Yemen and North Korea, as well as certain visits for some Venezuelan government officials. All but two, Venezuela and North Korea, are majority Muslim. Trump in 2018 complained about accepting too many immigrants from Africa, Haiti and El Salvador, which he labeled “shithole countries.”

Take time to thank the President!

And, then get to work for his re-election because you will never see anything like this if the Dems take the White House in November.