I wasn’t planning to post anything this morning because I figured I really needed to catch up on all of my e-mails and other messages on social media.  I don’t want to appear rude and not respond to your many inquiries, but it seems that I can never catch up!  (LOL! New readers may not know that I have no staff, I just do what I can on my own.)

Anyway, my plan was to do some catching-up this morning until the first article I read in my alerts was this one from the Catholic Standard peddling the myth I thought had been corrected long ago when Grover Norquist (of all people) was selling the fake news that Ronald Reagan signed the Refugee Act of 1980 into law.

But, alas here it is again!

Revisionist history is not a good look!

The US Conference of Catholic Bishops was testifying along with others in the refugee industry at a House hearing this past week.

WASHINGTON (CNS) — During a Feb. 27 congressional hearing about the status of the nation’s refugee program, Washington Auxiliary Bishop Mario E. Dorsonville quoted someone who is not frequently mentioned on Capitol Hill: Pope Francis.

“Today I am here to echo the Holy Father’s message: to recognize that we must at all times, but particularly at this moment of great global turmoil, recognize the most vulnerable and welcome them to the extent we are able,” he said.

The bishop, chairman of the migration committee of the U.S. Conference of Catholic Bishops, pointed out to the members of Congress and others seated in the hearing room that he was there to offer his perspective as a naturalized immigrant to the United States from Colombia.

He was one on a panel of four people addressing the House Judiciary Subcommittee on Immigration and Citizenship, looking at the status of the U.S. Refugee Program, a week before 40th anniversary of the bipartisan Refugee Act of 1980, signed into law by President Ronald Reagan. 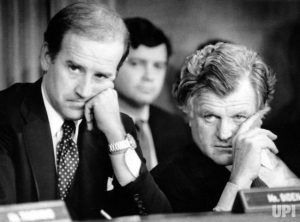 The Refugee Act of 1980 was the brainchild of Senator Ted Kennedy; Senator Joe Biden was a chief sponsor; and it was signed into law by President Jimmy Carter on March 17,1980 (St. Patrick’s day as a gesture to Kennedy).

Reagan was not elected president until November of that year.

I hate it when Christians lie! The ends do not justify the means!

Don’t believe me, how about believing the National Archives: 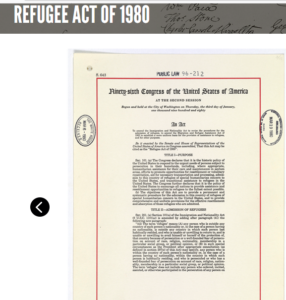 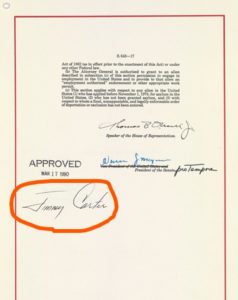 Get ready for all sorts of media hoopla this month as the Refugee Act of 1980 is 40 years old!

If your local media runs any story that mentions Reagan signing the Act into law, you need to take action and force a correction. Watch for it!

For more on the USCCB, don’t miss my post where I reported that they are losing millions of taxpayer dollars under Trump.