I’m going to be busy (possibly bore you), but I am going to have to follow through on my promise of yesterday and point out the fact that Catholic Bishops are paid handsomely to do their ‘good works’—paid by you, the US taxpayer. 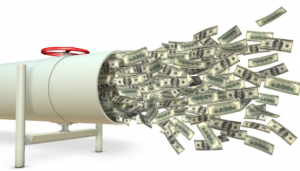 Once again we have a ‘welcome the stranger’ sob story with no mention of the millions of federal dollars the refugee industry, the nine federal contractors*** (including the US Conference of Catholic Bishops), has enjoyed for near FOUR DECADES!

I have a dream that one day I’ll see an article in the mainstream media that actually tells the public about the Bishop’s pipeline to the US Treasury.

(CBSDFW.COM/CNN) – The bishops of Dallas and Fort Worth are among the 16 Texas Catholic bishops who have denounced Gov. Greg Abbott’s decision to reject new refugees in 2020. Texas is the first state to do so under a new executive order signed by President Donald Trump.

The bishops released a joint statement Friday after the decision was made. They called Abbott’s decision “deeply discouraging and disheartening” and “misguided.”

“It (the decision) denies people who are fleeing persecution, including religious persecution, from being able to bring their gifts and talents to our state and contribute to the general common good of all Texans,” the statement read.

“As Catholics, an essential aspect of our faith is to welcome the stranger and care for the alien,” the bishops added. [Yes!  But with private Christian charity, not with money taken from taxpayers!—ed]

Texas is home to about 8.5 million Catholics, nearly 30% of the state’s population. Bishops Edward Burns of Dallas and Michael Olson of Fort Worth represent the dioceses in North Texas.

Since 2010, Texas has received more refugees than any other state — about 10% of the nationwide total, the governor said in the letter. The Pew Research Center reports that since 2002 Texas has accepted more than 88,000 refugees — more than any state but California.

“Texas has carried more than its share in assisting the refugee resettlement process and appreciates that other states are available to help with these efforts,” Abbott said.

This is why they are so upset!  From USA Spending posted yesterday.

The US Conference of Catholic Bishops has lost millions of federal dollars under President Trump’s refugee resettlement reform effort.

Do the 8.5 million Catholics in the state of Texas condone the Bishops living off the US taxpayers and keeping that fact secret?

I bet the vast majority of Catholics think that they are taking care of refugees by passing the plate at mass.

By the way, the Bishops were not alone. Texas Muslims blasted Governor Abbott as I reported earlier today.