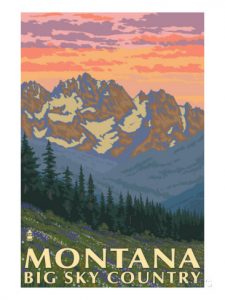 There is an excellent piece at the World Tribune you all should take a minute or two to read.  It is about the transformation of Virginia and the soon to be transformed Montana if the Open Borders Democrats continue their great replacement strategy (only slowed at the moment by the President).

For new readers, I have written often about what is happening in Montana, click here, for more background.  I visited the state in 2016 while touring the West and Midwest to meet many Americans who have concluded that diversity is not strength and who love their towns and cities just the way they are without the importation of needy third world refugees.

From Joe Schaeffer at the World Tribune (just a bit of it because you should read it all):

Many in Big Sky Country protested ‘invasion’ of Congolese, Eritreans, Iraqis and Syrians

Last week we focused on how the former red bastion of Virginia has been flipped to blue thanks in large part to demographic change spurred by massive Third World immigration. [The do-nothing Virginia Republican Party must share the blame!—]

Having lived in Northern Virginia for some 20-odd years in the 1990s through the Oughts, I watched with my own eyes as respectable middle-class neighborhoods in Falls Church, Fairfax and abutting towns were transformed into decrepit crime-plagued eyesores due to the “enrichment” that comes with Third World immigration.

There really was little left to do but find a way to earn well over $100,000 a year and join the “tolerant” white liberals and privileged career federal employees in their upscale Leesburg and McLean zip codes or leave. I never did make it to McLean.

So it is sad to see the process repeating itself all over again in, of all places, the natural beauty of Big Sky Country.

In short, our ruling globalists are determined that there be no corner of America left untouched by Third World immigration. A powerful global NGO called the International Rescue Committee helped settle Hmong refugees in Missoula in the 1980s. The IRC was able to successfully re-open its refugee resettlement operations in this city of 74,000 inhabitants in 2016 thanks to the emotional distress felt by a group of Missoula female book club members upon seeing the infamous photo of a drowned Syrian boy on a Turkish beach in 2015.

If you want to know how Virginia was lost, this is how it begins. Beyond all the virtue signaling about diversity and openness there of course lie very genuine concerns about importing foreigners who do not share the traditional American values that buttress our Constitutional freedoms.

This is especially prevalent with Muslims from the Middle East and Africa. Then there are the shocking health fears. The Ebola plague is currently raging in the Congo. Also underreported are the high financial costs to struggling U.S. taxpayers that come with resettling refugees.

This is the brave new world globalist organizations have in mind for formerly stable American neighborhoods from Manassas, Virginia to Missoula, Montana. If their work continues, Democrat majorities will hardly be the only distinguishing feature of these sullen heterogeneous, multilingual locales.

For more on David Miliband, a friend of George Soros and Hillary Clinton, go here.

And, here at ‘Frauds and Crooks.’

By the way, the author says the IRC resettles the most refugees annually in the US.  I thought the US Conference of Catholic Bishops held that distinction. No matter, I am sure one or other is a close second.

2 thoughts on “Changing America by Changing the People from Manassas, Virginia to Missoula, Montana”