Not too many words are necessary, the numbers say it all!

When Congress first debated the bill that became the Refugee Act of 1980 (Senators Ted Kennedy and Joe Biden were key sponsors), the debate centered around the admonition that we should not be importing MORE poverty to America.  Doesn’t take a genius to know that we are, but here is a handy graph of poverty rates among the foreign-born for Minnesota.

Be sure to note that 12% of all Minnesotans are below the poverty line.

So much for the idea being peddled everywhere that immigrants bring economic boom times where ever they go!  More like Cloward and Piven.

Highest poverty rates for MN immigrants: 2 in 3 Somali, 1 in 3 Hmong, 1 in 3 Mexican http://pic.twitter.com/6WADnvHarG

By the way, we don’t bring refugees from China, India or Korea (some asylees but not direct resettlement). 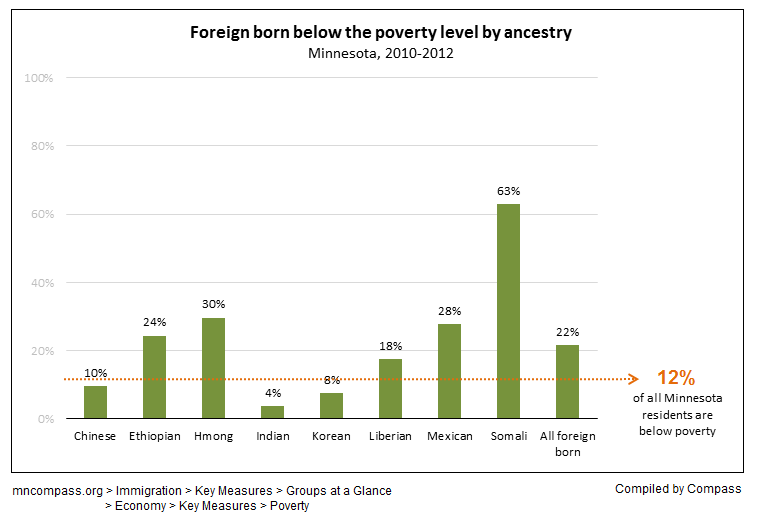