Funny that I just reported in my previous post about Minnesota’s Leftwing ‘religious’ (aka Interfaith) groups, about how good the cultural Marxists are at community organizing, and that we need grassroots groups that put America First!

What do you know! some are organizing on our side—on the side of Christian conservatism.

Here is a post from Conservative Christians of Tennessee about how their Republican governor has gone all wobbly on whether Catholic Charities, working for the US State Department, can just willy-nilly send Africans, Asians and Middle Easterners to the state for Tennessee taxpayers to support. 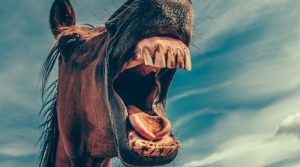 One doesn’t often arise from a peaceful slumber on a Saturday happy and well rested only to experience an almost instantaneous mood change. That happened today.

Thanks, Bill Lee. Yeah, the same guy we endorsed as “Best Choice” for Governor of Tennessee. Our peaceful Saturday morning slumber was wrecked with limp-wristed political wavering.

The reason we’re hopping mad at 5:00 am on a Saturday morning is that Bill Lee didn’t immediately accept President Trump’s recent gift to states, an executive order allowing states to reject refugee resettlement within their borders. We wrote about this recently in our article, “President Trump Just Revolutionized America’s Refugee Program.” We were excited to think that the Federal Government would stop forcing states to permanently accept refugees that the states then had to eternally support. CCOT felt that state’s rights and self-determination were being uplifted in our highest halls of government.

Since even Liberal USA Today says that more than half of immigrants are on welfare, we assumed that Governor Lee would additionally see this as a clear-cut issue of food fiscal policy for Tennessee.

Continue reading to see how the Republican governor is waffling.

And, near the end we see that Conservative Christians describe real Christian charity as it relates to refugees as this:

Conservative Christians of Tennessee has long held that the refugee program is destructive in its current form. US Policy should encourage Christian Ministries to meet and assist refugees as close to the point of conflict as is possible and prepare them to return to their point of origin to help rebuild the nations they have left.

We have long advocated for real Christians to use their private charitable dollars (not taxpayers’ wallets) to do their charitable good works abroad.

Additionally, protecting refugees in their own cultural zones is infinitely kinder than shipping them thousands of miles away and dropping them in places like Chicago!

Do you have a Conservative Christian group in your state?  If not, why not?

If you haven’t called your governor and county government leaders, know that the refugee contractors*** are pushing for Christmas to get their consent for more refugees into the US State Department.

Don’t get too discouraged, remember you are up against Hard Left community organizers who are heavily funded by the likes of George Soros, Paul Singer and Michael Bloomberg to name just three of the globalists hiding behind phony humanitarianism.

What they really want, but dare not say it, is a free flow of cheap labor across the planet.

Go to the State Department website here to see which governors have signed up.  Note the city governments. I don’t know what the feds will do about that as the guidance says county commissioners are the elected officials who must decide on the local level.

***For new readers these (below) are the nine federally-funded refugee contractors that monopolize all refugee placement in America.  For decades they have decided in secrecy where to place refugees and they don’t want to lose that power because even as they pontificate about their religious convictions and humanitarian zeal, they are Leftwing (anti-Trump) political agitation groups working to change America by changing the people and using your money to do it!

Advocate for what?  Well, the usual Leftwing causes like halting global warming and welcoming more impoverished people from across the globe to Minnesota’s welcoming welfare system, and most of all shutting up those who disagree with the Leftwing’s political agenda by calling them haters and racists.

I’ve been saying this until I’m blue in the face—the Left is organized and continues to develop their networks of like-minded people so that they can promote their issues, while conservatives are pretty lousy at organizing grassroots action.

I’ve been writing a lot about the religious Left in posts in recent days, here and here about the Christian churches that are anti-Trump on immigration (and likely everything!) and it is those groups and individuals who spearhead the creation of Interfaith groups along with Jewish Leftists.

Back in the early 1980s, I was fighting to save my farm from being taken to expand a national park and had been surprised and disappointed (I was naive!) to learn that the hard Left, which had infiltrated and taken over major environmental groups, was pushing for the government to take more private land from unsuspecting farmers and ranchers across the country.

Isn’t that a communist idea when the government wants to own all of the land I queried.

Yes it is actually!  And,  I was told by someone knowledgeable with the planning for the Lefts’ agenda to transform America that in order to bring their agenda to fruition they must “get to the churches.”

Church-going Americans were generally conservative in those days and were blocking the Lefts’ plans. I was informed that one leading group promoting that concept was the Pew Charitable Trust located in Philadelphia.

So they have been working on this strategy (successfully!) for 40-50 years!

Sorry for the digression!  I’ve observed in recent years that it is often Interfaith groups (sounds warm and fuzzy doesn’t it?) that push for more refugee resettlement and open borders generally, and so I guess it shouldn’t be a surprise that Minnesota Interfaith groups are joining forces to advance their Leftwing political agenda claiming they will be first in the nation to strengthen their ties.

Minnesota has long been a national leader in interfaith cooperation. A new nonprofit will be launched next week to strengthen ties even further.

The Minnesota Multi-faith Network will hold its kickoff event Monday night with a gathering of faith leaders — including Christians, Jews, Muslims and Hindus — pledging to collaborate on education, outreach and advocacy across the state.

Hundreds of faith organizations are working on issues ranging from climate change to immigration to combating racism, organizers said. The network will be a place where they can find one another, join forces and make a stronger impact.

The network can provide a coordinated response to hate crimes and other timely issues, organizers said.

“We need to combat hate with love, which is very much part of the Minnesota fabric,” Spilker said. “But we need coordination to make that happen.”

The network hired J. Cody Nielsen as its first executive director earlier this year. Nielsen, founder of the national interfaith group Convergence, said groups working toward similar goals often don’t know about one another and don’t share training or seek shared funding. He hopes the new network can change that.

Nielsen’s priorities include launching regional hubs across the state to connect local groups. He also wants to coordinate with university student organizations, such as the Muslim Students Association, as well as university professionals involved in interfaith and religious work.

The network also has created a speakers bureau, Duke said, making it easier for schools, churches and other groups to offer education on lesser-known religions and to dispel myths.

Nielsen said if the network works as planned, Minnesota could become a national model for this type of collaboration.

“I see that as a larger possibility,” Nielsen said. “And what better place than Minnesota, one of the most religious[ly] diverse states?”

I wonder where they are getting their funding?  Michael Bloomberg, George Soros, Paul Singer?  I recommend that Minnesotans sign up for their mailing list and attend meetings to find out what they are up to! Surely they won’t block anyone—they are lovers not haters (right?).

By the way, where are the America First! networks in every state?