“‘If I sign to let refugees in, is that going against the President?’ ”

When the White House designed their September Executive Order to give governors and county commissions the ultimate say on whether refugees would be placed in their states, they miscalculated on (at least) two fronts. 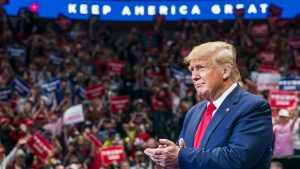 First they had apparently no idea of how networked and politically savvy the resettlement contractors*** are as their very survival is dependent on their federal funding.  (Just for the record, no one in the administration asked those of us who know the operational structure of the contractor network for any advice.)

And, America Firsters! have no national grassroots network to begin to compare with the nine contractors and their friends.

But, most importantly, the supposed reformers working for the President apparently did not have a firm understanding of how weak most Republican governors are on immigration issues of any sort.

Open Borders Inc. has so thoroughly trained most elected officials to get in line with their agenda, or be called racists and xenophobes, and God forbid, nationalists, that most governors were shocked when they heard they were being forced to go on record on whether they would be ‘welcoming’ poverty and cultural diversity to their states or not.

One positive that might come from this exercise is that Americans, who have had enough of supporting migrants of all stripes, are going to have a list of those who are going against America First!

Yesterday New Yorker reporter Jonathan Blitzer provided details on how the governors are falling one-by-one in line against the President on a key 2016 campaign promise.  Of course we don’t know if Blitzer has all of his facts straight, but he sure sounds like someone with an inside track—a track that we don’t have!

One of the chief priorities of the Trump White House has been to dismantle the refugee system, which has existed, with broad bipartisan support, since 1980. Within the first week of Trump’s Presidency, his Muslim ban temporarily froze the resettlement of refugees in the U.S. and cut the over-all number of people whom the federal government would allow into the country. Every year since, the White House has lowered the annual refugee “ceiling,” which now stands at eighteen thousand, down from more than a hundred and ten thousand, at the start of 2017. But the President hasn’t limited his attacks on the system to Washington. A provision of the Muslim ban, for instance, specified that individual states and localities should be allowed to refuse to accept refugees. At the time, it wasn’t clear how states could do so, but the premise was obvious: if the White House could turn refugee resettlement into a partisan wedge issue, Republican-controlled states might abandon the program and side with the President.

On September 26th, Trump issued an executive order requiring that every local and state jurisdiction sign a consent letter in order to resettle refugees. If a governor or county commission failed to produce a letter, the U.S. State Department, which oversees the process, would effectively consider that jurisdiction ineligible for resettlement. The order was designed to put additional pressure on local officials, by forcing them to opt in to the resettlement program rather than opt out. “A lot of governors and state officials don’t want to make this decision,” Jen Smyers, of Church World Service, a resettlement agency, told me. “Immigration has always been the jurisdiction of the federal government, and they don’t believe it’s their role. At first, some officials would also say, ‘If I sign to let refugees in, is that going against the President?’ ”

Yes, of course it is going against the President! The President made it clear at a Minnesota rally that he wanted to curtail refugee resettlement in America.

These questions intensified after Trump, at a campaign rally in Minnesota, in October, complained about the number of Somali refugees who have settled in the state in recent years. “Leaders in Washington brought large numbers” of them, he said. The crowd booed, on cue, then cheered when the President announced that he would give states and cities an opportunity to prevent more refugees from coming. “No other President would be doing that,” he said.

Each year, nine refugee-resettlement agencies across the country bid for contracts with the government [LOL! bid for bodies!—ed] This time, at the behest of the White House, the State Department added a caveat to the application: the federal government would not resettle refugees in a particular place unless consent was provided in accordance with the executive order.  Meanwhile, a few weeks after Trump signed the order, officials at the State Department told resettlement groups that they planned to contact mayors and governors to request consent letters from them. But the department never did; a month later, the resettlement groups had to start conducting outreach on their own. “The best way to get someone not to write a letter is to not tell them they need to do it,” Smyers said.

Lo and behold, the contractors went to work in October with a massive lobbying campaign in key states and counties and began racking up consent letters.  The best prizes of all are the Republican Governors!

The Trump Administration was caught off guard by the positions taken by Republican-controlled states. Just before Thanksgiving, after the governor of North Dakota submitted his consent letter, the White House organized a phone call with governors’ offices to “enhance state and local involvement” in resettlement. Those invited to participate were given only a few days notice.

Continue reading to see what happened.

And, see what a prize Tennessee’s governor was for the contractors.

Blitzer reported also that the lawsuit the contractors have filed against the Executive Order will be heard by a friendly to them federal judge on January 8th.

Not mentioned by Blitzer, because he likely has no clue, is that big globalist corporations and Chambers of Commerce are lobbying the governors for more refugees to enhance the low wage labor pool especially in the heartland riddled with BIG MEAT slaughterhouses.

But that doesn’t fit the narrative that the likes of the New Yorker want to portray which is humble humanitarians vs. the menace in the White House.

We are seeing numerous news accounts of which governors are going against the President.  Early next week we will post on which Republican governors have gotten their consent letters to the US State Department.

Before Monday, I might post on South Dakota’s Republican Governor Kristi Noem’s welcome announcement because of who is cheering her consent.

If you have opened RRW for the first time with this post, please see my category ‘Where to find information’ for all the news on the President’s Executive Order.

***For new readers these (below) are the nine federally-funded refugee contractors that monopolize all refugee placement in America.  For decades they have decided in secrecy where to place refugees and they don’t want to lose that power because even as they pontificate about their religious convictions and humanitarian zeal, they are Leftwing political activist groups working to change America by changing the people and using your money to do it!

I continue to argue that these nine contractors are the heart of Americas Open Borders movement and thus there can never be long-lasting reform of US immigration policy when these nine un-elected phony non-profits are paid by the taxpayers to work as community organizers pushing an open borders agenda.