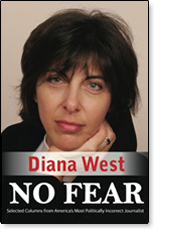 Author and one of the best investigative researchers in America, Diana West, has made the Colorado rape story a national story here at Townhall.   As we noted in our report on the trial of “Steve-O,” an Iraqi man who “helped” American soldiers in Iraq and who in turn was granted asylum in the US because a soldier befriended him, horrific cases like this one rarely make national news in large part, I believe, because it goes against the melting pot mythology surrounding Islam and our immigration policy that has opened America’s doors to an alien culture.

But, Diana West, says it best at Townhall.    See her blog post this week too, here.  She did some serious digging and reveals that Jasim Ramadon (aka Steve-O, aka Jay Hendrix) was a problem from his earliest days in America.  Why was that?

Two Iraqi men in their 20s have been convicted of a bloody sex crime in Colorado that left the victim, a woman in her 50s, in need of immediate surgery and a colostomy bag. Three other Iraqi men, also in their 20s,were convicted on lesser charges as accessories.

Four points set this case apart. First, there is its brutality: Law enforcement officers describe the July 2012 assault as “rare” and “horrific” and “one of the worst in Colorado history.” Second, all of these men once assisted U.S. military forces in Iraq as informants and interpreters. Third, every one of them received permanent residency status in the U.S., due in part to efforts made by U.S. military members on their behalf. Fourth, this extraordinary case and the ties that bind it to the U.S. military and the war in Iraq have received little coverage.

You must go read the whole thing!   She has uncovered some amazing additional facts including the laughable news that Ramadon once made an appearance on Oprah.

Here is the conviction story from earlier in the week at The Gazette.

As I’ve said previously I would like to see some brave members of Congress introduce legislation that would put the financial burden of criminal trials and the cost of incarceration of “refugees” and “asylees” on the US State Department and not on the local county or state where the refugee has been placed.

There also needs to be thorough consideration of deportation in cases like this one.  Send Ramadon back to Iraq and let him take the consequences there rather than burden the taxpayers of Colorado with the cost of his imprisonment for possibly a life term.  Imagine the demands Ramadon’s “religion” is going to place on the prison system there.