That is the question I’ve had more than once in the last couple of days.

If you don’t know what happened see my post yesterday at ‘Frauds and Crooks’ here: 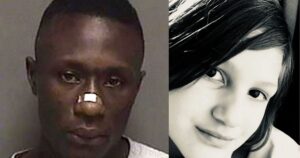 You will see that I put the word “man” in quotes  and that is because that is what the media does, use the word man, when the alleged killer, rapist or criminal is of a race or nationality that doesn’t fit the corporate media message that diversity is beautiful.

But, I can’t always fault reporters who don’t dig deeper because frankly unless the man accused of a crime mentions his immigration status (often as part of his defense) there is almost no way for citizens to know if someone is here via the US Refugee Admissions Program, Temporary Protected Status, Special Immigrant Visa, the Green Card Lottery, as an Unaccompanied Alien Child, or on a worker visa, and the list goes on.

Or, is the perp a run-of-the mill border jumper or did he overstay a visa and just disappear into America?

For years we could at least make an educated guess if a criminal in the news was a refugee.

We could narrow the field because the US State Department had a data clearinghouse where we could see what nationalities refugees were and where they were being placed right down to the city in which they were resettled.

Limited information is available, but that extensive data is no longer accessible to the public.

By the way, as for the creep in North Dakota, Heavy says there is no information on where he is from (I guessed Liberia in my post):

According to police, Kollie did not have a permanent address and information about his family and other details of his background were not immediately available.

I’m thinking that the average American, not an immigration policy wonk like you and me, doesn’t care which “program” admitted the criminal, most people just want less of them admitted.

However, if we are ever going to improve immigration in America we need to know where the holes are where criminals, terrorists and the mentally ill and others who just want to suck off the US taxpayers are getting through the system and arriving in places like Fargo, North Dakota.

I’ve said this before, but how about a federal law that requires all law enforcement to publish the immigration status of any criminal charged with a felony?  And, not just whether they are legally here or not, but through which route they came to be living in the community where they have committed a serious crime.

Back to my headline question….

The Leftwing media (even law enforcement) expects us to stay silent when they keep quiet about the immigration status of a criminal.

I will bet law enforcement in Fargo knows Kollie’s status and maybe an enterprising local reporter will unearth the information. He could, after all, be a born and bred African-American.

But, as long as no one is confirming if Kollie is a refugee (or not a refugee) from West Africa, then go ahead and call him a refugee!

After all, everyone is a refugee these days!

I am referring to the Leftwing propagandists and all of the political leaders here and around the world who have used the refugee label to put a positive spin on anyone on the move for any reason anywhere.

If we call all the evil doers refugees, then maybe, just maybe, the need for clarity in the use of the word will dawn on them!