Throughout America mosque construction is underway due to the ever-expanding population of Muslim refugees that the US State Department is tucking away in the most unlikely places.  Recently we learned that Muslims in Anchorage, Alaska were building a new mosque.  Now comes this news from Twin Falls, Idaho (Magic Valley!)…. 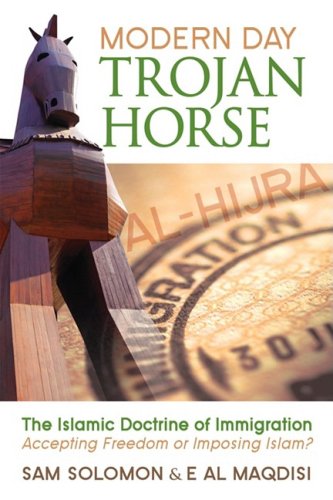 Does the State Department understand that, as they create Muslim enclaves, they are facilitating the Hijra–the Islamic Doctrine of Immigration—which says it is the responsibility of all Muslims to migrate?

(The story is from AP and published at Seattle.pi.)

You should know at the outset that the refugee program in Idaho is a Wilson-Fish program which means the state of Idaho government itself (including elected officials) have absolutely no say in the program.

In truth, no states can veto anything the feds and their contractors do (I don’t know any that have tried!), it’s just in Wilson-Fish states the secrecy surrounding resettlement is even worse.  Refugee resettlement is a complete abrogation of State’s rights under the US Constitution, but has never been challenged as far as we know.

TWIN FALLS, Idaho (AP) — One recent Friday, men took off their shoes and placed them in a shoe organizer near the entrance of the Islamic Center of Twin Falls.

They walked across green carpet into an area no bigger than a living room and paused, facing northeast toward Islam’s holiest city, Mecca. Several kneeled, heads bowed, while others sat in front of their imam, Bakhritdin Yusupov.

The room quickly filled until four lines formed before Yusupov. As many as 60 men gather to pray in this room on Fridays. In many countries, Muslims get Fridays off from work to go to their mosque, much as Christians have Sundays off to attend church.

Women also use the Twin Falls mosque, but jumu’ah, or Friday prayers, are required only of men. Sometimes the mosque is so crowded that people stand outside the door.

On Dec. 9, members of the Islamic Center of Twin Falls applied for a special use permit to expand and erect a new building on their site at 455 Addison Ave. The permit was approved the same day. [Chickens feared to speak post-Paris?—ed]

The next step is to get a building permit. But the nonprofit might need two or three years to raise $200,000 to build its 2,500-square-foot structure, said Imad Eujayl, center spokesman.

Recent terrorist attacks in Paris, Belgium and elsewhere have drawn much attention to Muslims, and stereotypes abound.

Indeed, two Muslims who frequent the Islamic Center here declined to be identified in the Times-News, saying public knowledge of their religion could hurt their business.  [Interesting! Could there be other reasons they wouldn’t give their names?—ed]

But many others said they feel secure in Twin Falls, a city noted for its Refugee Center and constant influx of foreign immigrants. An estimated 1,000 Muslims live in the Magic Valley.

Read on if you feel like it.  The article, written post-Paris terror attack, seeks to make readers feel better about Muslims.