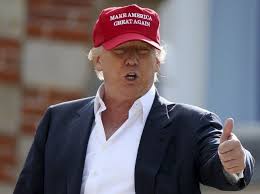 As I have been saying ad nauseam for days now, the President has given you an opportunity to say whether you want your town/city/county to be a resettlement site for impoverished refugees from Africa, Asia and the Middle East and if you don’t act now, there may never be another time!

If you’ve looked at my maps from a week ago where I show you the existing resettlement offices*** and have said, thank goodness my town/city/county isn’t on the map, so I don’t have to do anything, you are very wrong!

Here we see that a website in Tennessee, did a very simple little exercise using the information that resettlement contractors can place refugees within a hundred mile radius of their offices (we are told not across state lines, but I know for a fact that they are ignoring that supposed prohibition).

Dailyrollcall.com created a map for Tennessee.

The stars indicate where existing resettlement offices are located and the shading demonstrates that almost the whole state of Tennessee is in play.

Here is a bit of their story:

Tell Greedy Refugee Contractors to Keep Their Hands Off Your Community!

But you’ll need the help of your mayor and your city council and/or commission.

President Trump’s Executive Order is giving power back to Tennessee citizens to decide whether they want federal refugee contractors to “transform” their communities with imported refugees.

Here are the rules of this game:

~both the Governor and the “locality” for refugee placement, have to say “yes” we want refugees. This means they also agree to pay any and all short and long-term costs imposed by the federal program.

~however, if either the Governor or the “locality” say no thanks, then supposedly, newly arriving refugees from overseas won’t be placed in that “locality.”

~however, the Governor may consent to resettling refugees in only certain consenting localities within the state. This option is a total fiction and is as good as agreeing to put almost ALL cities and counties in Tennessee up for grabs for resettlement – even if they’ve never been an initial resettlement site.

FEDERAL RESETTLEMENT CONTRACTORS ARE ALLOWED TO PLACE REFUGEES ANYWHERE FROM 50 TO 100 MILES FROM THE REFUGEE CONTRACTOR’S OFFICE.

This is just one of the many dirty little secrets that the federal contractors keep to themselves.

And it’s been going on in Tennessee for years. Here’s the proof – the State Department’s reports show that over the years refugees have been resettled in Clarksville, LaVergne, Smyrna, Murfreesboro, Mt. Juliet, Franklin, Spring Hill, Shelbyville, Gallatin, Johnson City, just to name a few.

A few years ago, Catholic Charities of TN employee and federal contractor Holly Johnson who became the state refugee coordinator after the State of Tennessee withdrew from the voluntary refugee program, insisted during testimony to a legislative committee, that refugees were never directly resettled in Bedford County.

Well oops!!! A report subsequently issued by TIRRC about the victimization of Muslims in Tennessee, disclosed that in fact, at least 13 refugees had been directly resettled in Bedford County during the time period Johnson was asked about.

Have you taken 15 minutes to call your local government offices—call county commissioners and mayors!  Instructions are here.  No excuses accepted!

*** Since President Trump took office some resettlement offices have closed, so fewer offices are shown on the map I posted than were on it in the waning days of the Obama Administration.  I hope to go back and post an earlier map so you know that the contractors will likely be seeking permission in those other towns/cities so that they have those “permissions” for future expansion by their dozens of subcontractors.

For new readers these (below) are the nine refugee contractors that monopolize all refugee placement in America.  For decades they have decided in secrecy where to place refugees and they don’t want to lose that power because even as they pontificate about their religious convictions and humanitarian zeal, they are Leftwing political groups working to change America by changing the people and using your money to do it!

One thought on “Every Jurisdiction in America is Up for Grabs: Tennessee Website Doing What You Must Do”